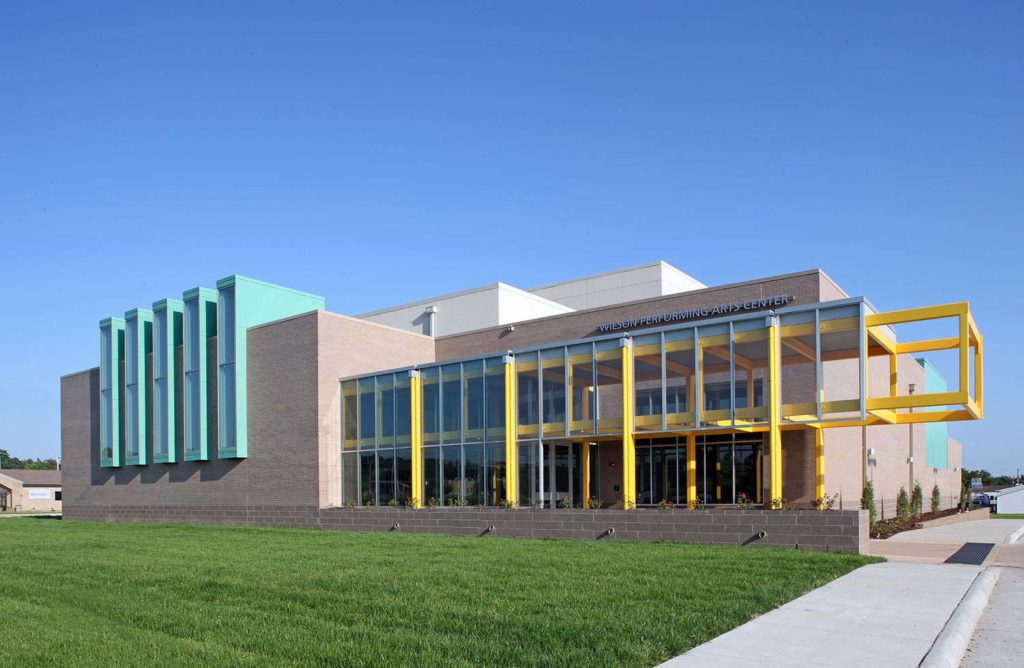 Situated at the outskirts of Red Oak, Iowa, this performing arts center expresses its function in both its context and contrast with its industrial neighbors. Secondary façades quietly reflect the adjacent buildings, while its public face, fronting a main highway, exhibits large vertical windows as its iconic billboard. The facility is an undulating series of boxed elements, which include a lobby, main performance hall and fly space, a black box theater and a dance studio complete with a sprung floor and sound system. The street façade, which features a planter wall, portico and tree grove, lengthens the building line from east to west, creating a strong visual presence. 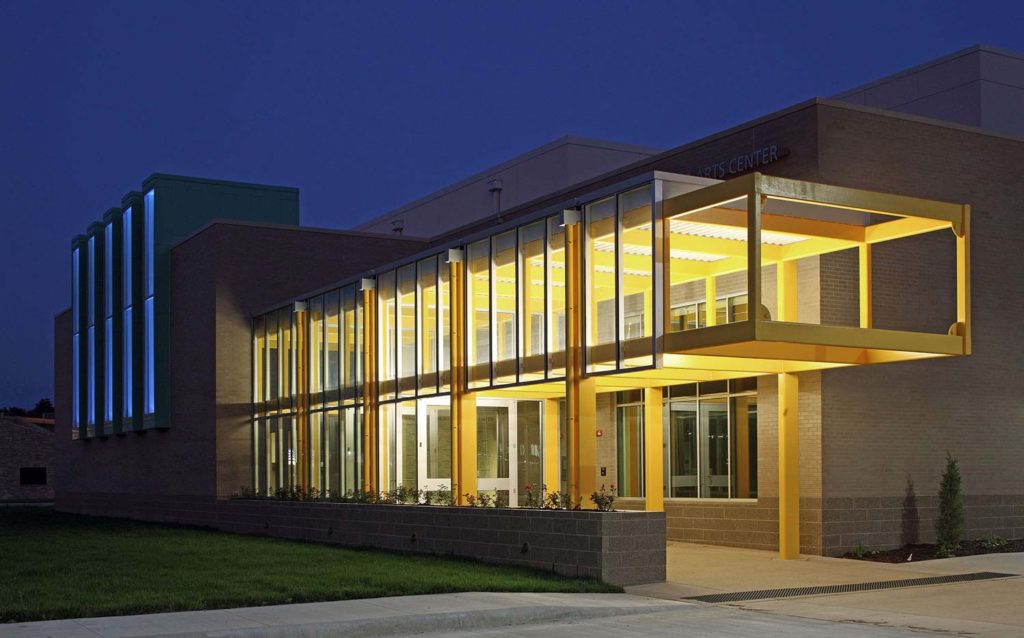 The color and material palette include a bright yellow portico, a steel-frame interior, a brick exterior with metal-clad windows and a black box theater. These elements and colors differentiate the building from its industrial context and enliven its function as an arts facility. 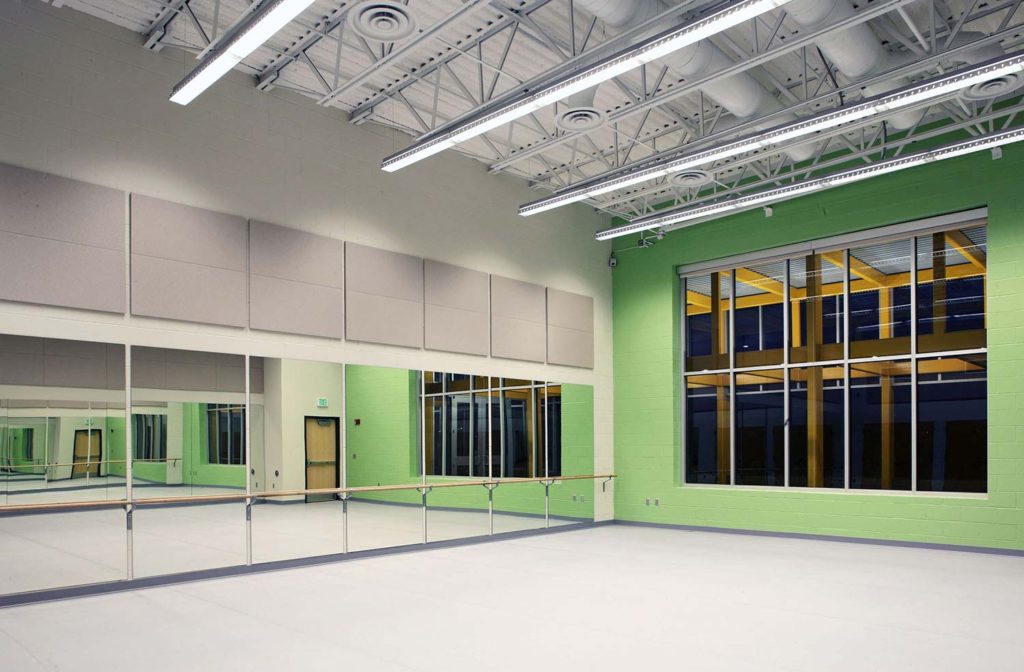 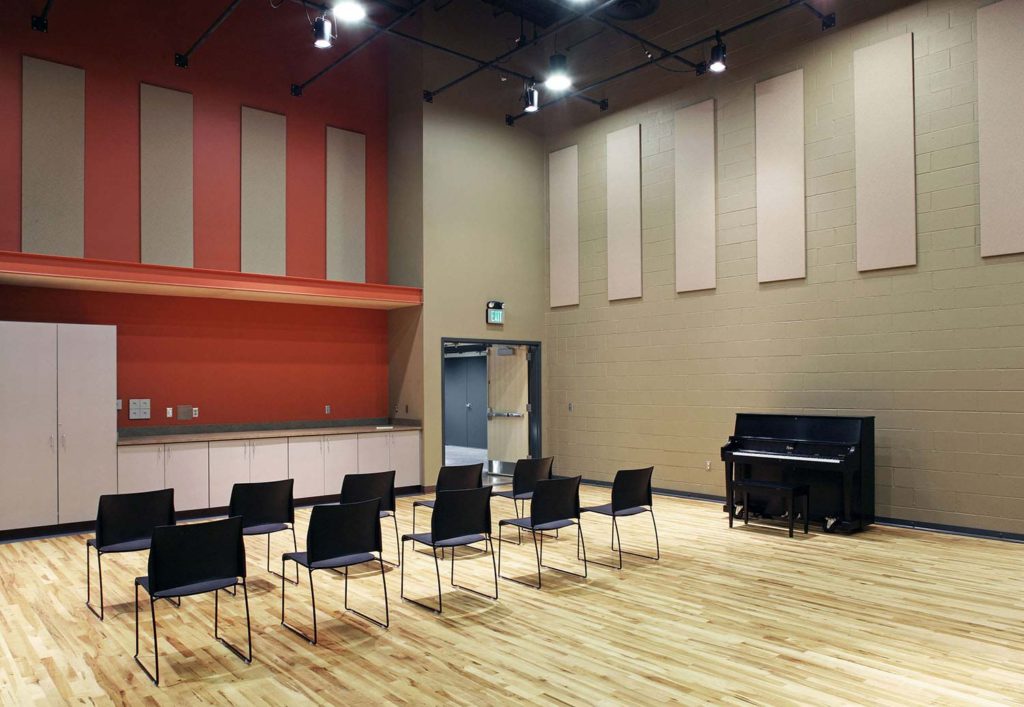 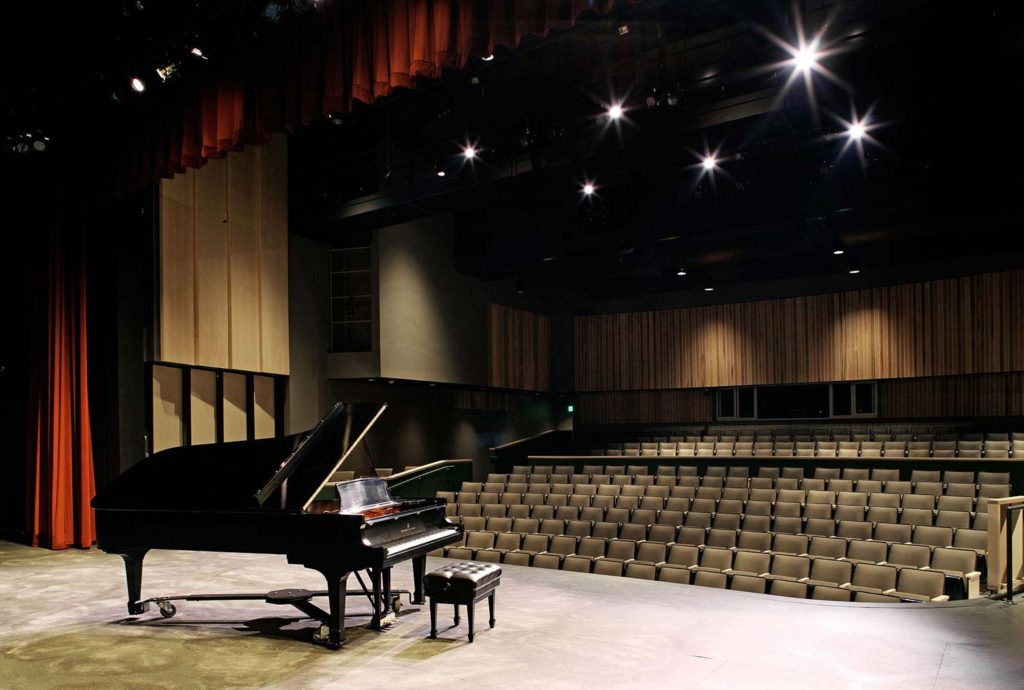 The main house seats 258 patrons on a raked floor with the back of the house comprising state-of-the-art theater infrastructure with a full stage, fly loft, workshop, dressing rooms, green room and storage spaces. The dance studio is open to the portico, visually accessible to the public, while adding transparency and animation to the building.