Historic Preservation, *On the Boards 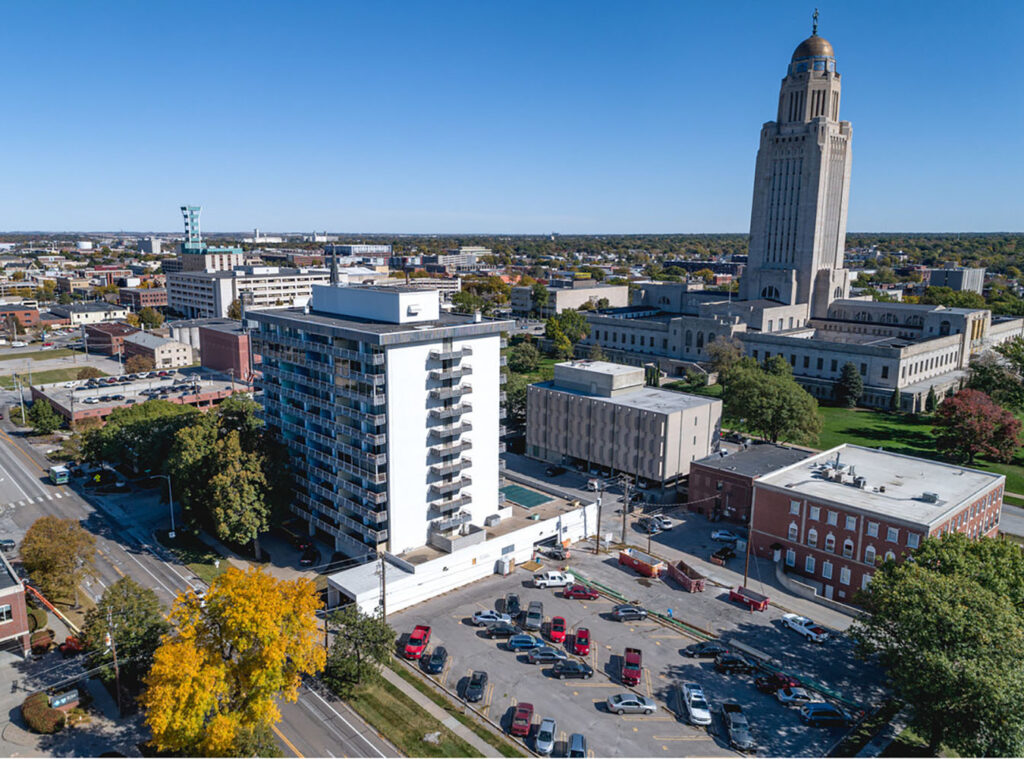 Constructed in 1963, Sky Park Manor was the first luxury, high-rise apartment building in downtown Lincoln. Located one block west of the Nebraska State Capitol, Sky Park Manor offered many amenities not usually found in the city’s apartment house of the era. The twelve-story building was designed by Lincoln architect Selmer Solheim and is a wonderful example of the Modern Movement and late International Style of architecture. 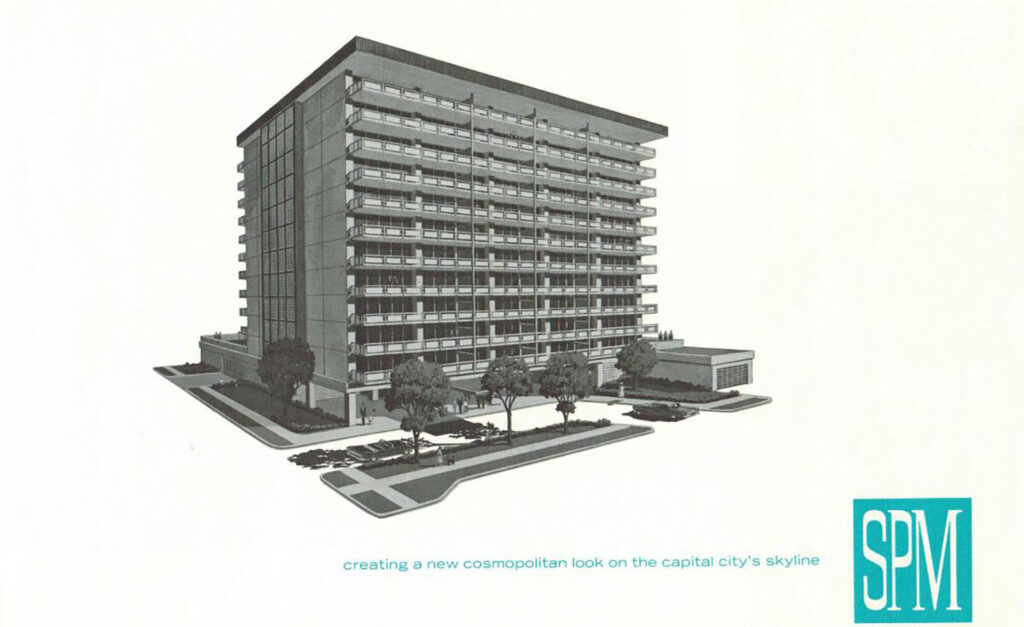 Listed on the National Register of Historic Places in 2016, the building features 8’ deep cantilevered balconies on the east and west facades of each floor that run the length of the structure and are enhanced by one of the buildings defining characteristics: floor to ceiling aluminum framed sliding glass window walls. Lava rock covers the first floor of the north and west facades. Sky Park Manor contains 75 one, two and three bedroom apartments and 4,000 sf Penthouse suites with panoramic views, a “sun and fun” deck with swimming pool adjacent to private breeze block patios, Scandinavian dry sauna and provisions for a well appointed fallout shelter in the basement. Built during the height of the Cold War, Sky Park Manor offered its residents a place to take cover in the event of a nuclear attack. 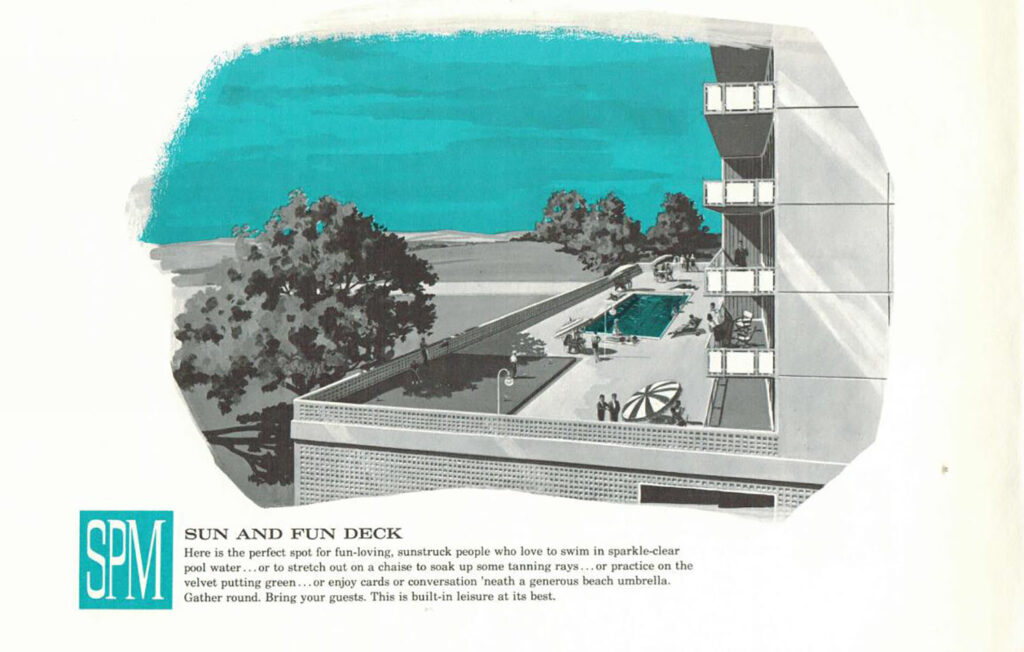 The building, while virtually unchanged since its construction, is in great need of new mechanical systems, facade and balcony restoration, fire and life safety improvements, accessibility modifications as well as interior finish restoration, the addition of modern amenities and parking deck restoration.

BVH was engaged by the new owners to assist with a comprehensive condition assessment, documentation and preparation of a Revit as-built model, space programming, interior design for the private apartments and historic public spaces, restoration design and construction phase services for the full rehabilitation of this mid-century modern landmark. The project team is also assisting with the process of attaining State and Federal historic preservation tax credits for a certified historic rehabilitation meeting the Secretary of the Interior’s Standards. Construction has just begun and is expected to be completed by 2022.