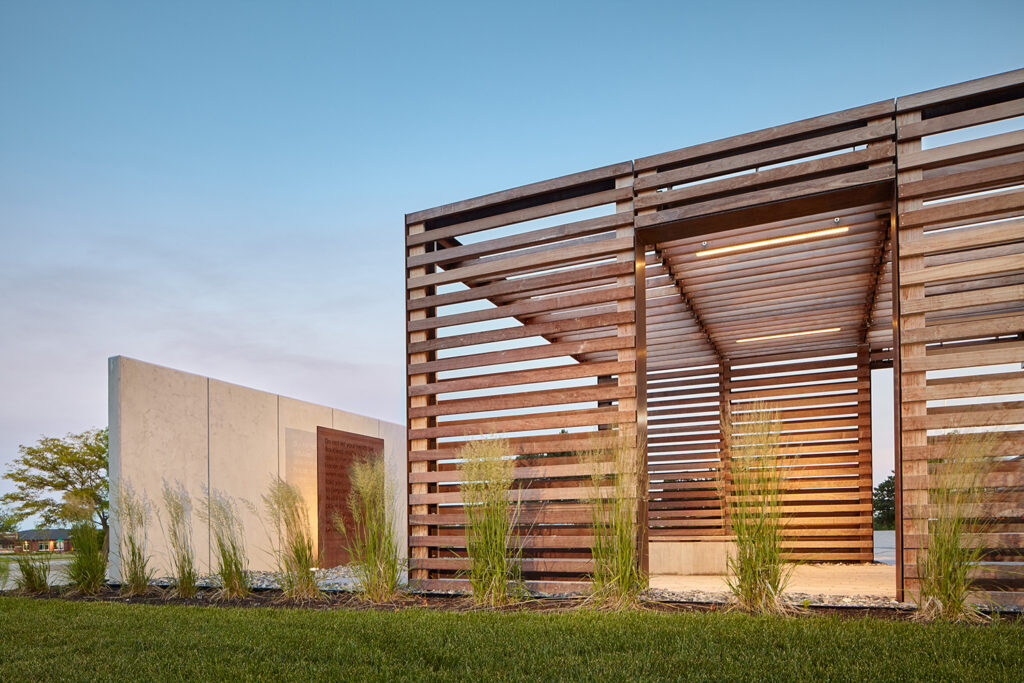 St. Mark’s United Methodist Church sought to establish a columbarium for its members on current church grounds. With the existing grounds consisting largely of paved parking surface and with the project site set near an increasingly busy street, the challenge was to provide a place of private, often solemn reflection for columbarium visitors within an open, transit-oriented environment. 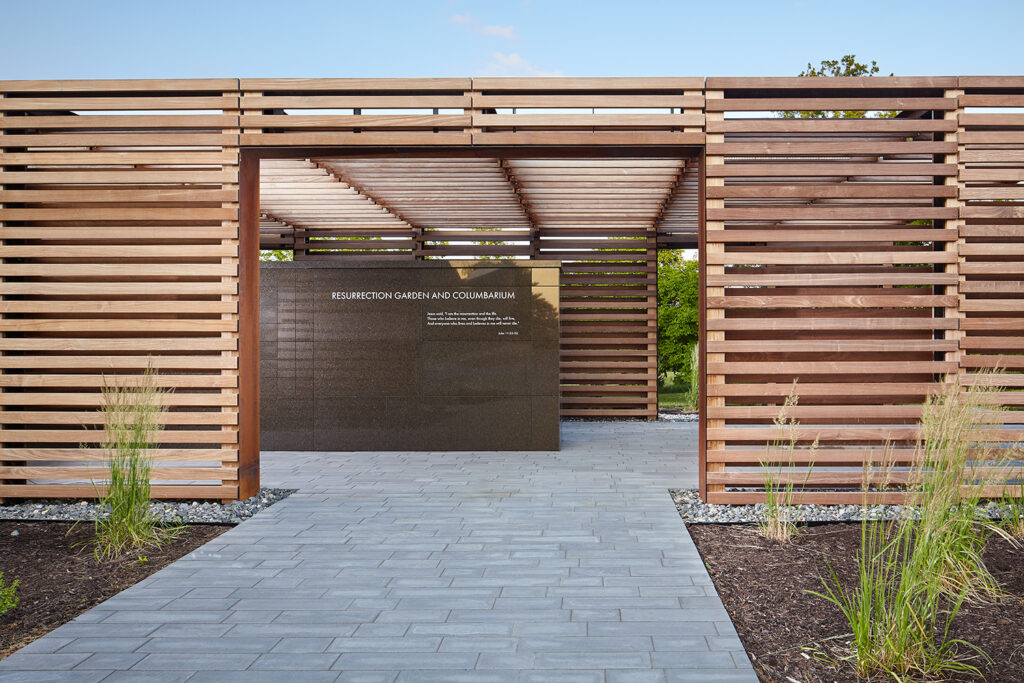 A single, monolithic granite wall at the center of the project contains a network of niche cabinets that house individual urns, and the names of every individual interred in the wall are etched into the granite facing. 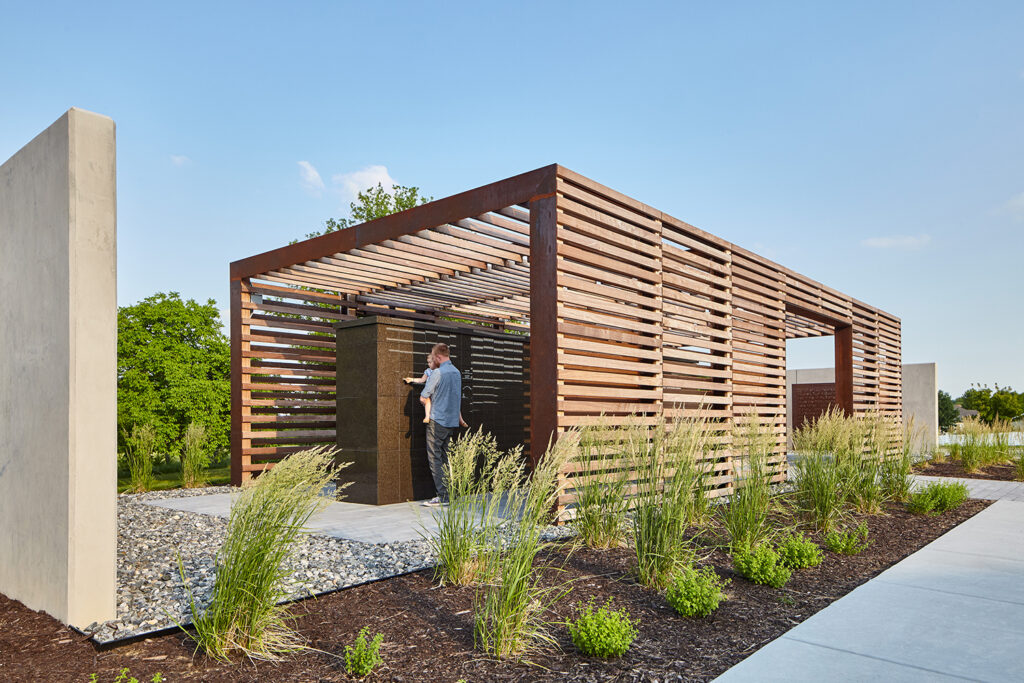 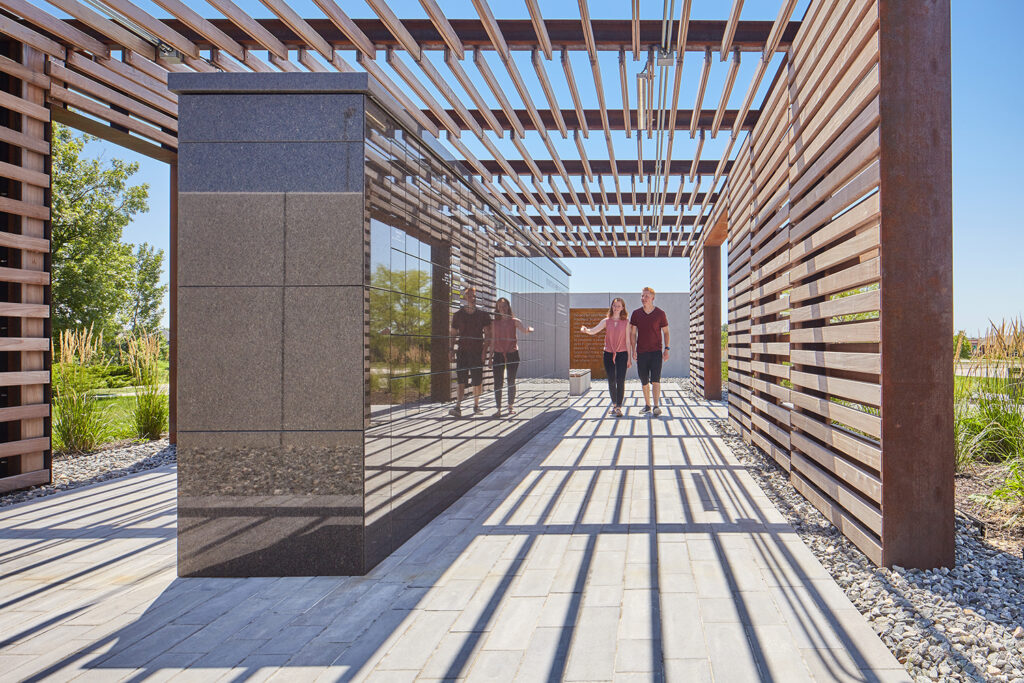 Set in contrast to the granite wall, a series of self-weathering steel armatures clad with ipe wood planks form an enclosure around the wall. This enclosure provides visual privacy for columbarium visitors, creates shade in an otherwise open environment and functions as a trellis system for the growth of vines. The spacing of the wood planks allows light to filter in, and the north and south ends of the enclosure remain open to retain a sense of park-like openness. Although the north and south ends remain open, sightlines out each end are terminated by cast-in-place concrete walls set back from the columbarium, defining small garden spaces at either end of the structure. 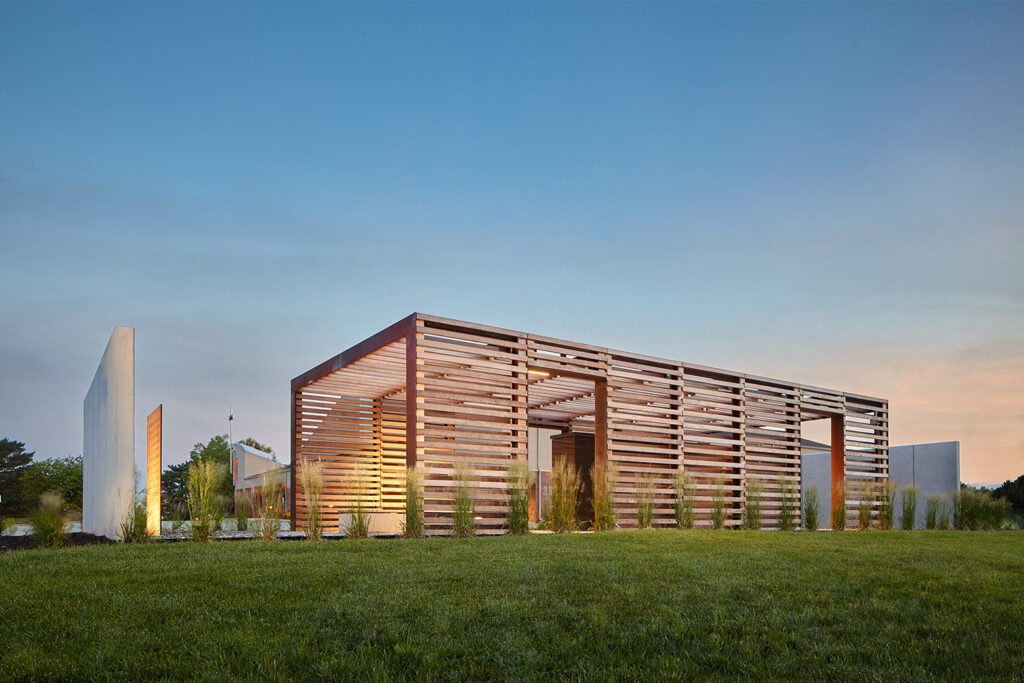