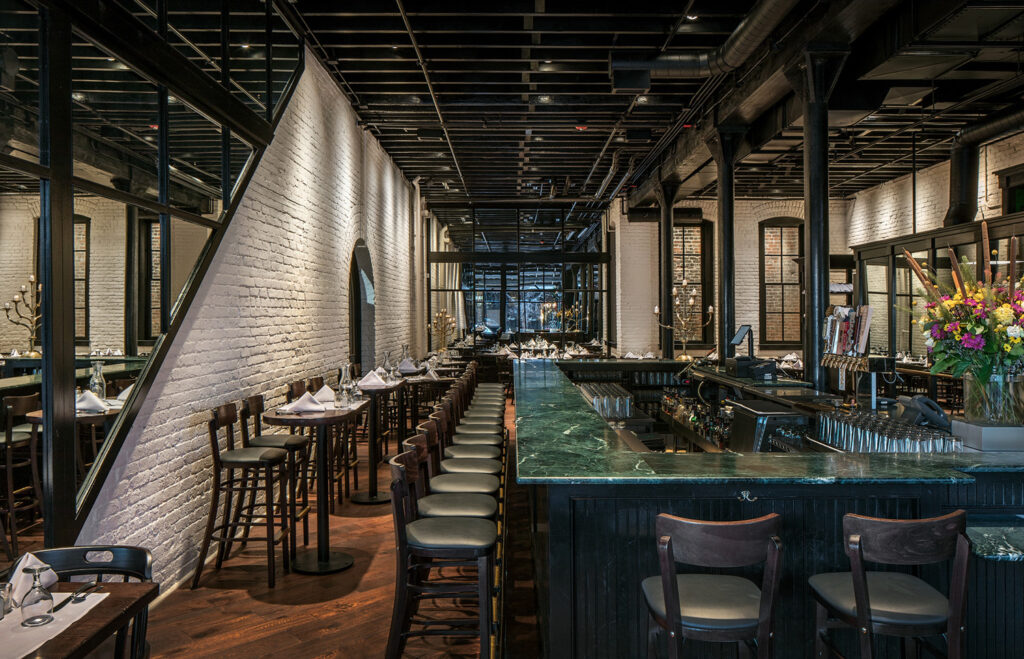 M’s Pub was created in 1972 for owner Mary Vogel in a repurposed four-story warehouse structure in the Old Market Historic District. Designed by Architects Hartman, Morford, Bowen, it is reminiscent of a London pub or Parisian bistro. 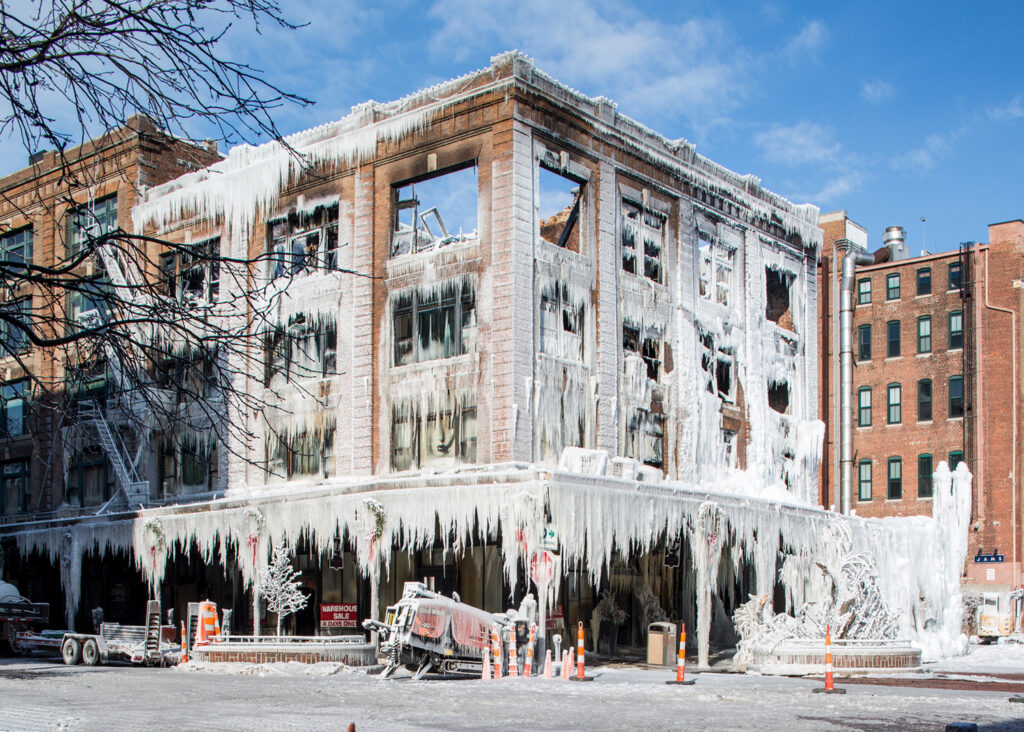 In January 2016, a gas line explosion and ensuing fire destroyed M’s Pub and much of the Mercer Building, leaving a burned-out shell.  After convincing the City to hold off on demolishing the building,  BVH Architecture was engaged by the Mercer Management Co. to develop a stabilization plan. Lund Ross Contractors were hired to rebuild the shell, including replacing the roof, floor structures, and a portion of the brick walls. In late 2016, owner Ann Mellen decided to rebuild M’s Pub. She came to BVH asking that the space be fully reconstructed. Fortunately, the original plans were found, and after a year of construction, a new, and remarkably similar but updated, M’s Pub reopened in November 2017. 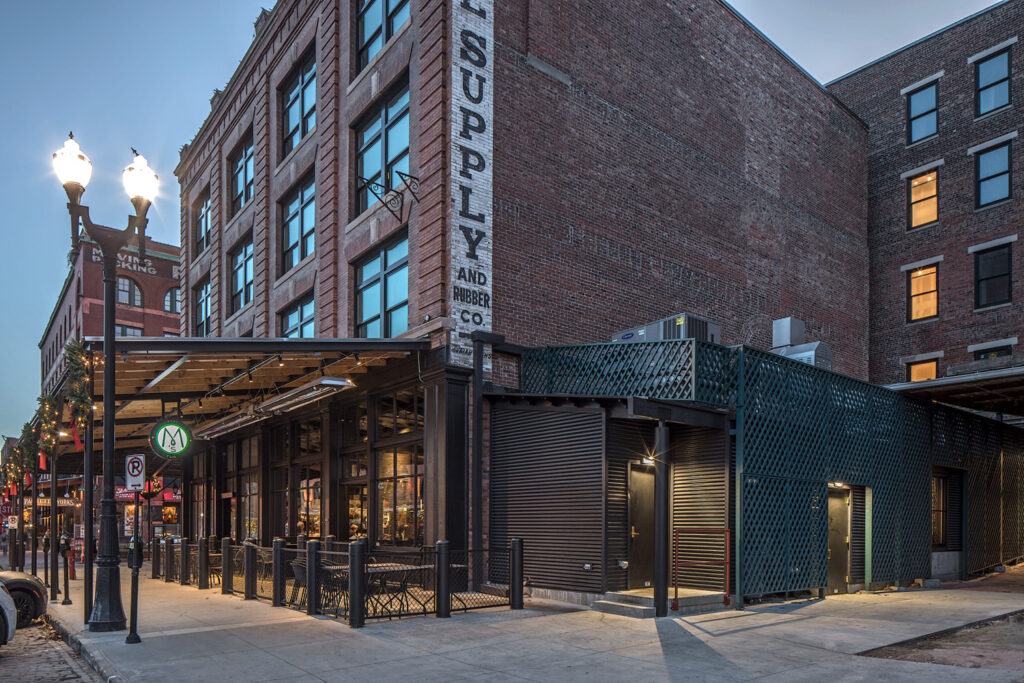 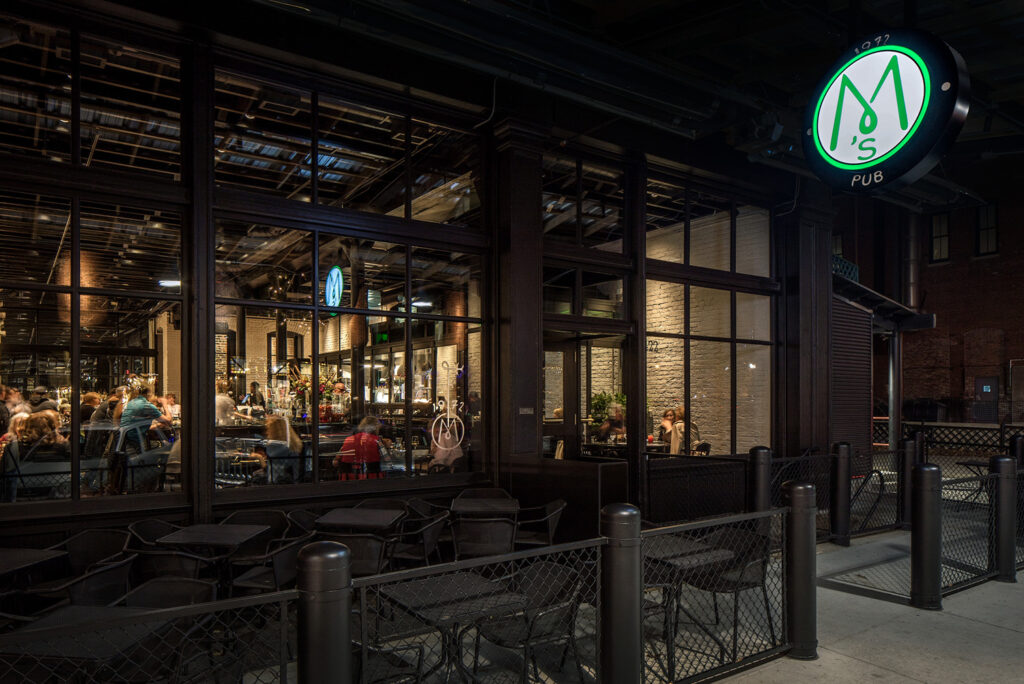 The original restaurant utilized the basement for the main restrooms and much of the food production. The new design solution included moving the restrooms and kitchens to the main floor via a new 16-foot wide addition along the north side of the building, accessible through an original brick archway. Otherwise, long-time patrons of M’s find remarkably little different between the M’s they knew before the fire and now. 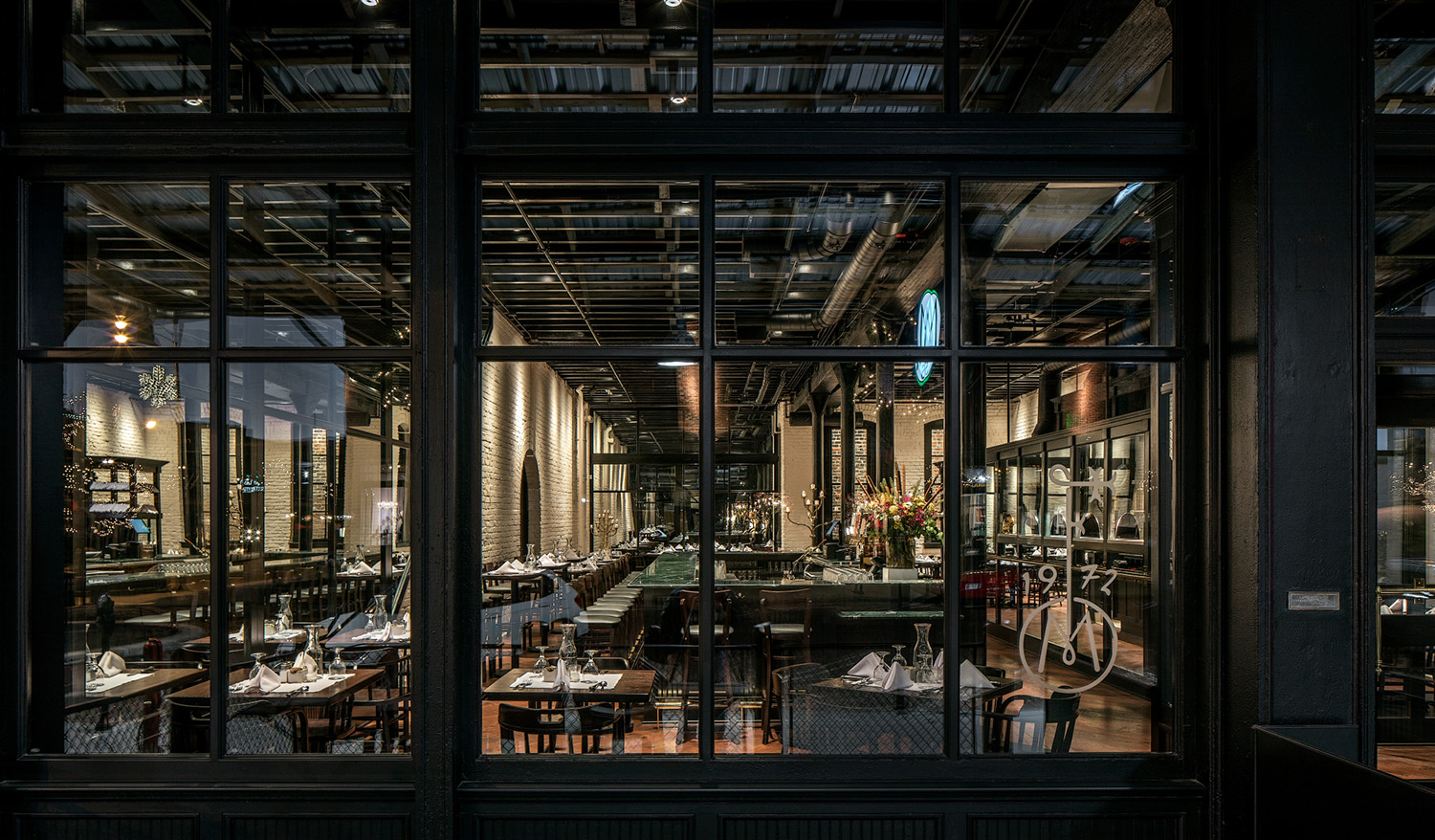 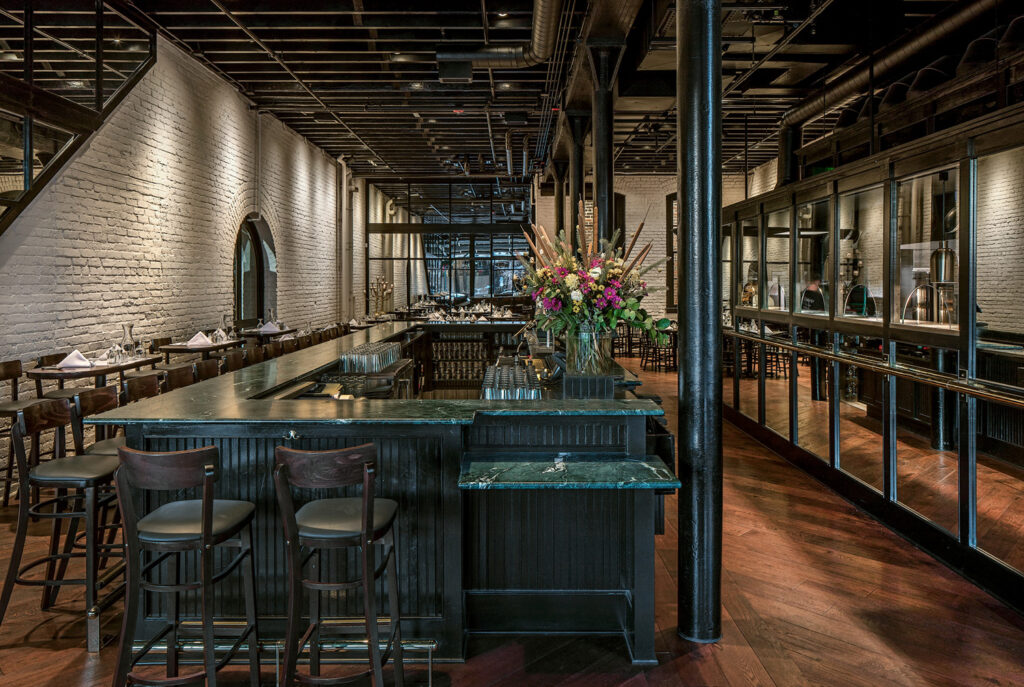 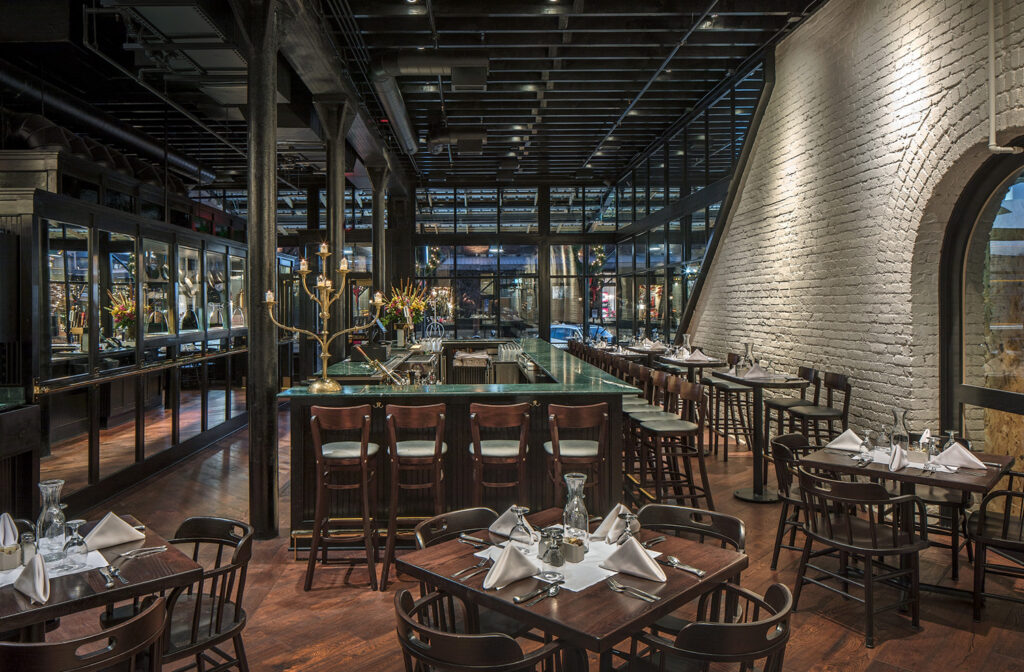 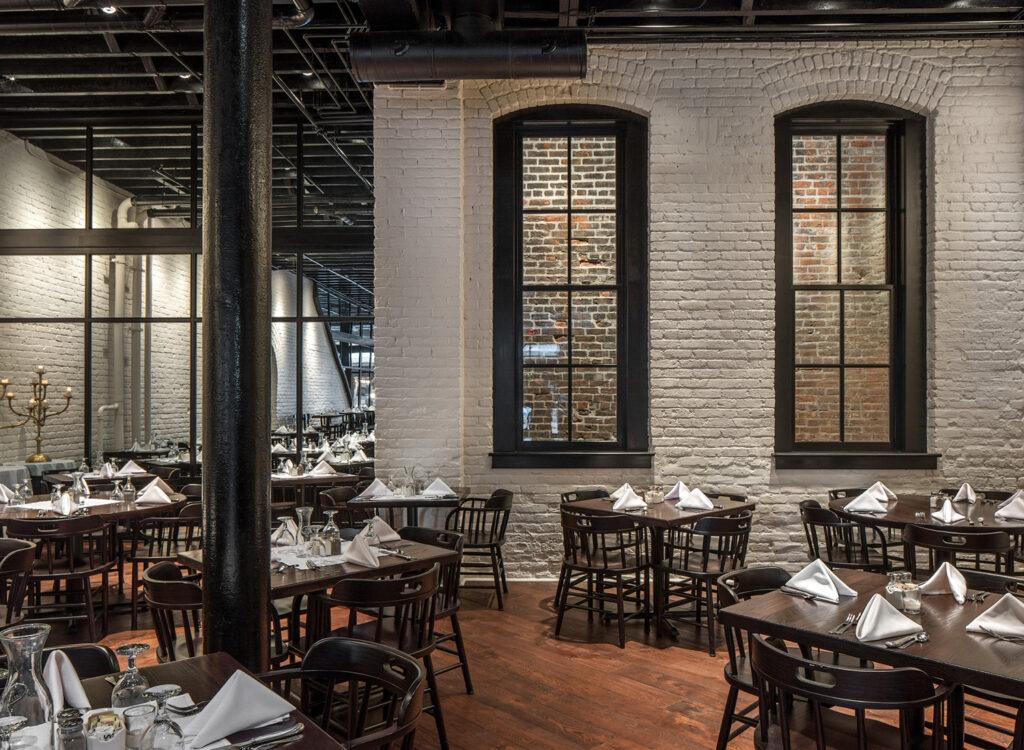