The National Trust for Historic Preservation annually releases a list of 11 locations that are considered to be "examples of our nation’s architectural and cultural heritage that are at risk of destruction or irreparable damage. Almost 300 places have been on the list over its 31-year history, and in that time, fewer than 5 percent of listed sites have been lost."

This year, the Dr. Susan La Flesche Picotte Memorial Hospital is included on this list. BVH has been proud to work on the initiative to bring both recognition and funding to restore the 105-year-old building. Dr. Susan La Flesche Picotte has the distinction of being the first Native American to receive a medical degree. The 33-room building bears her name, as well as the separate distinction of being the first hospital constructed on Native American land without government funding. Located in Walthill, Nebraska, the hospital opened in 1913. Dr. Picotte worked to raise the funds, and the hospital opened only two years before her death from cancer in 1915.

The Dr. Susan La Flesche Picotte Hospital was designated a National Historic Landmark in 1992. The Picotte Hospital, designed by noted Sioux City, Iowa, architect William Steele, remains the one thing most closely associated with her life and work, is a symbol of her spirit, and is a powerful reminder of a woman the world is only beginning to appreciate.

Dr. Picotte became a physician after witnessing a Native American woman die because a white doctor refused to treat her. Throughout her life, Picotte campaigned for public health, the formal and legal allotment of land to members of the Omaha Tribe.

This recognition from the National Trust will help propel the hospital forward. Susanne Shore, the first lady of Nebraska, was also announced as the honorary chair of the committee. 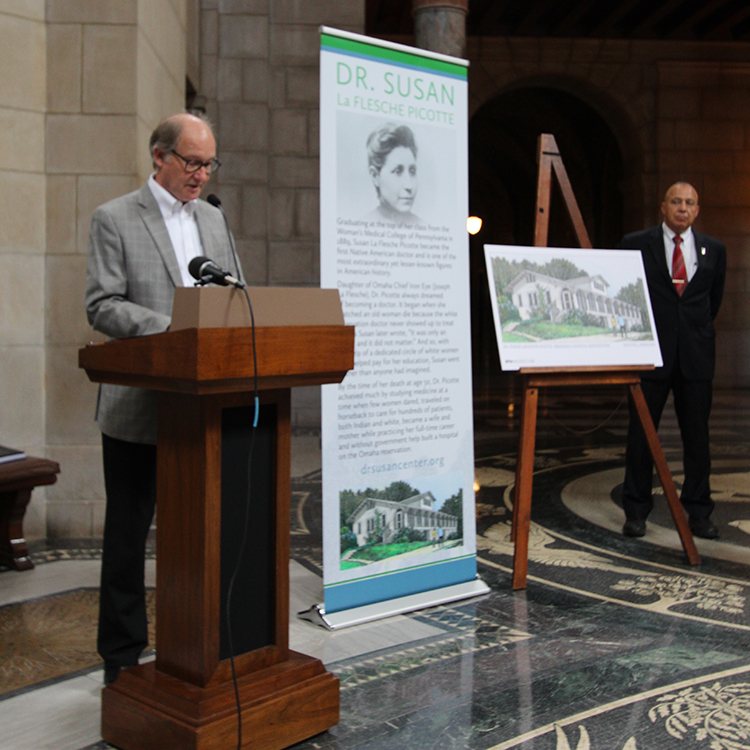 Congratulations to Our New Associates!

Jen Davis As one of the first members of the BVH Denver office, Jen is a natural leader. With her compassionate personality and dynamic skillset,…

The screening was hosted by the UNL College of Architecture student U.S. Building Green Council group. To be frank, the film, while beautifully shot by…

How Will this Pandemic Change the Way We Think About Schools?

Over the last five years I have spent time researching school dynamics and design, trying to better understand how the changing world will affect the…