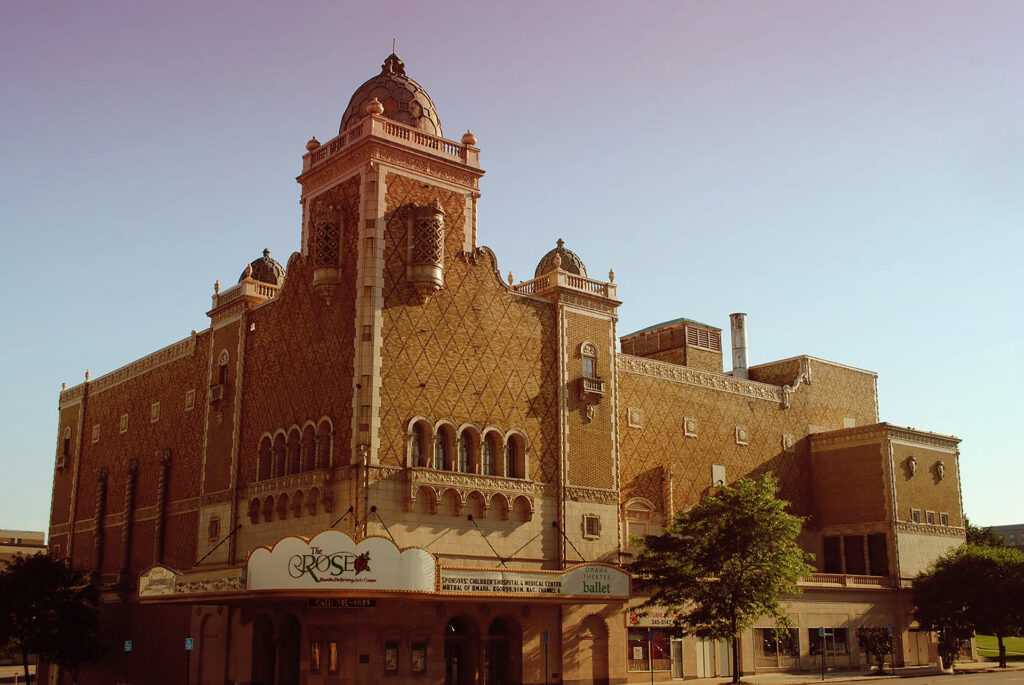 Opened in 1927 as The Riviera, this storied theater was billed as one of the most lavish and elegant in the Midwest. Architect John Eberson sought to create a truly dramatic experience—using atmospheric effects to simulate a romantic Mediterranean setting complete with night skies, twinkling stars, and drifting clouds. Crowning the wrap-around marqueed entrance is a large copper dome with two smaller domes flanking it. Enveloping the exterior is a diamond-patterned brick facade punctuated by oriel windows, sculpted balconies, terra cotta friezes and griffin-clad towers. 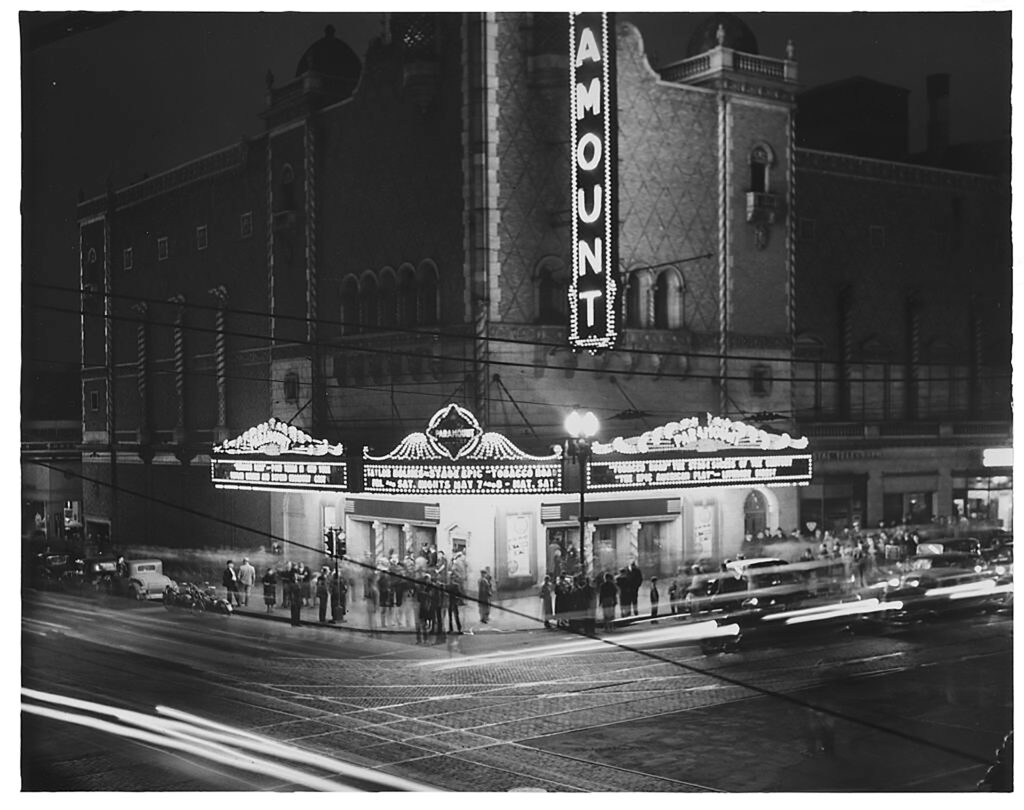 After it was sold and renamed several times­—the Paramount in 1929; the Astro in 1962—the theater was purchased and restored by Omaha-native Rose Blumkin in the early 1990’s. The newly christened Rose Blumkin Performing Arts Center now serves as the proud home of the Omaha Theater Company. 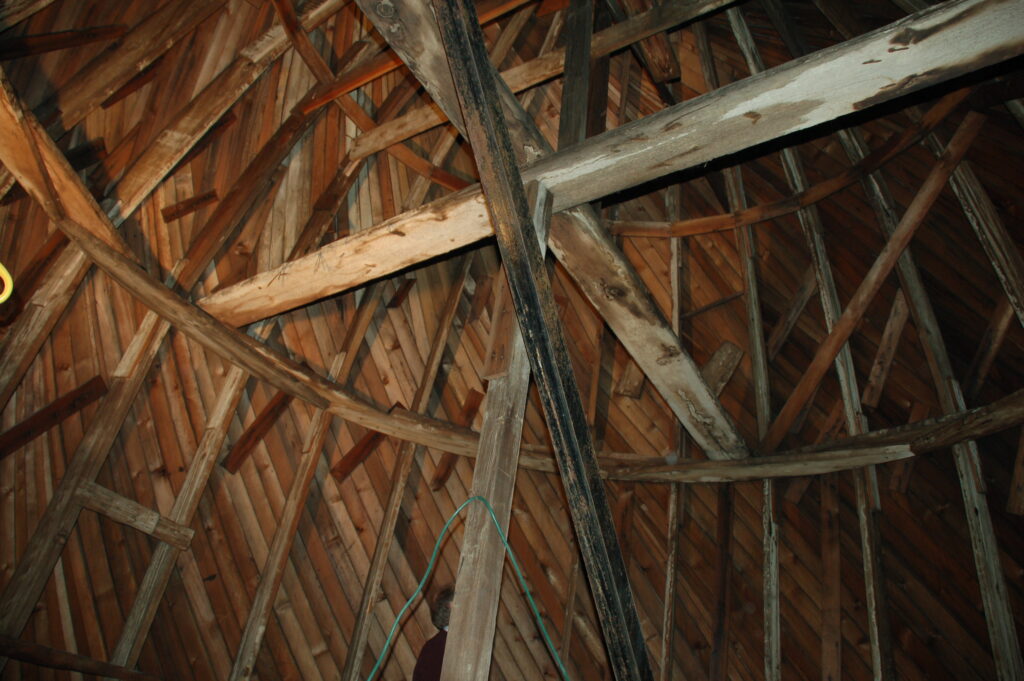 In 2008, BVH Architecture was called upon to provide professional consulting services for the restoration of the Rose Theater. The BVH team of historical architects conducted visual surveys for the three copper domes, roof, cupola and exterior brick, and terra cotta envelope of the building.

After initial recommendations were made, the BVH team proceeded with the physical analysis and partial removal of deteriorated parapets, balustrades, balconies and decorative column components. This detailed investigation determined the full extent and scope of the work required. The BVH team then developed the technical details and specifications for the terra cotta, metals and roofing systems for restoration contractors. The project scope also included lightning protection, exterior lighting, electrical system upgrades, roof access, and window replacements. The exterior restoration was completed in 2010.