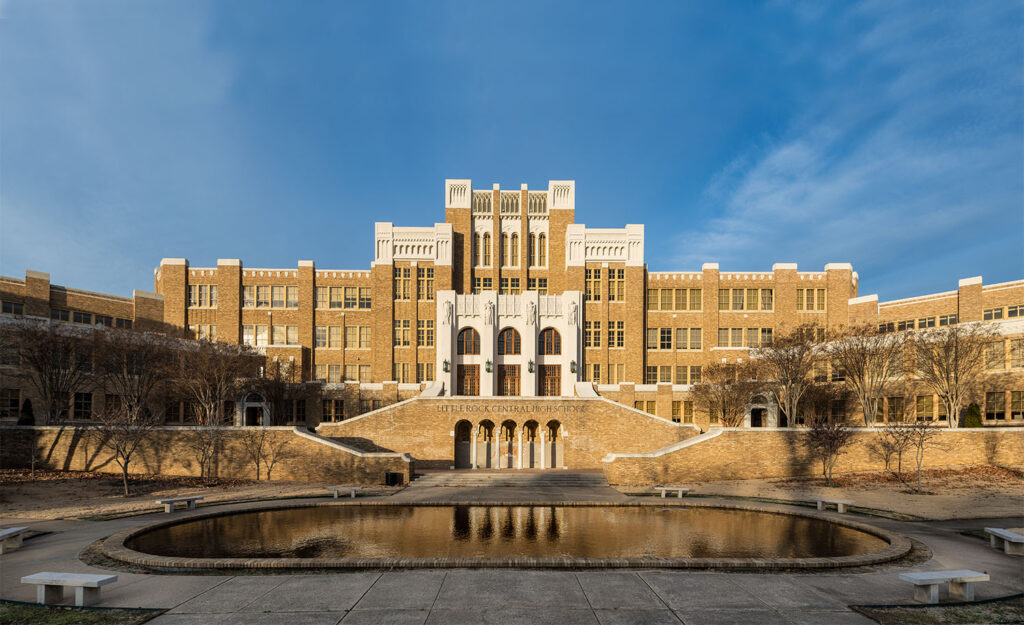 Built in 1927, the four-story Little Rock Central High School was hailed as the most expensive, most beautiful, and largest high school in the nation. Yet in 1957 the school became the battleground of a national civil rights debate when nine black students, known as the Little Rock Nine, were denied entrance to the school in defiance of the 1954 U.S. Supreme Court ruling ordering the desegregation of public schools. Due to the significant role they played in this tumultuous era, the school and surrounding properties were listed on the National Register of Historic Places in 1977, and then designated a National Historic Landmark in 1982. 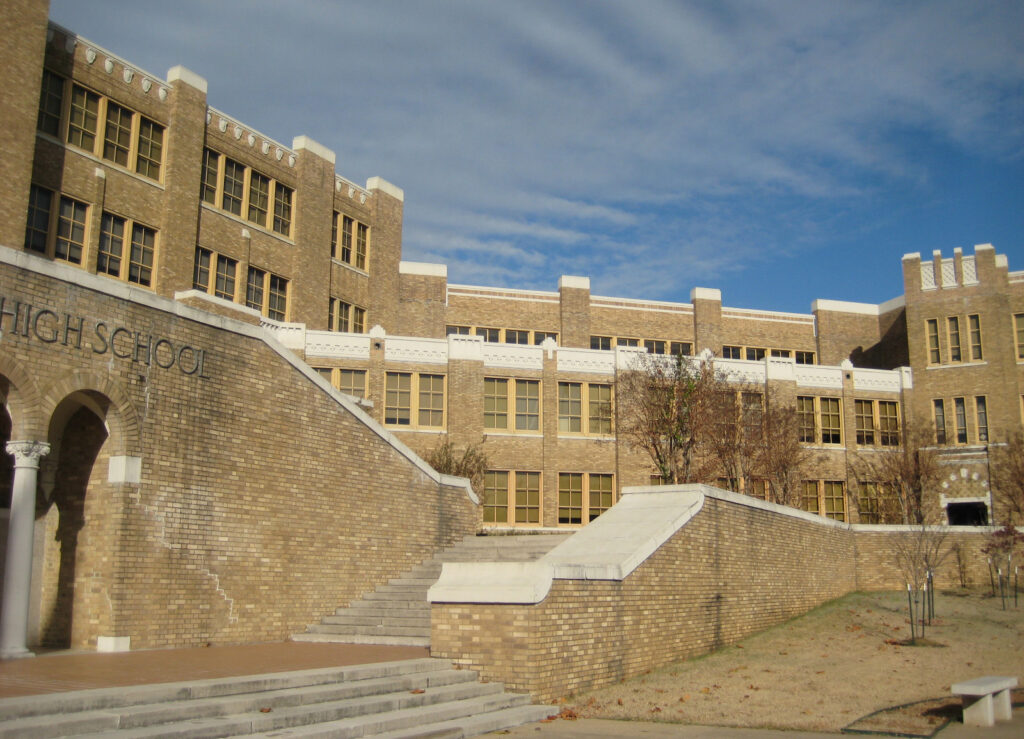 In addition to being a National Historic Site, Central High is still an operating high school. As part of an effort to preserve the historic and architectural integrity of Central High, BVH Architecture was commissioned to prepare a Historic Structure Report and Cultural Landscape Report to document the historic features, existing conditions, and recommended treatments for the primary buildings on the site including the high school, field house and stadium, and the nearby Magnolia Mobil Gas Station.

Several repair campaigns throughout the school’s history have assuaged the weathering and aging of this historic building. However, a thorough study of the site as a whole was needed to identify areas of immediate need, and to create a plan for long term preservation and future use. Examination of the school’s existing condition found several trouble areas, including cracked, eroded and stained brick and mortar; corrosion of original and non-original attachments; damaged or failing window and door units; water damage to much of the original exterior wood installations; inadequate water drainage from roofs; extensive damage to ceiling tiles, concrete and reinforcing steel due to water infiltration; and exposure of the building’s subsurface waterproofing system due to settlement of surrounding soil. Examinations of the accompanying buildings, including the Tiger Field house and Quigley Stadium, were made..

Recommendations for preserving both the architectural and historic integrity of Little Rock Central High School site were submitted along with measures for repairing the existing buildings. The preservation team also developed a series of design solutions which would allow the school grounds to grow and adapt with future use while still retaining the architectural integrity relating to this significant period in history.