The Nebraska State Capitol is possibly the most beautiful in the nation. Every detail has a purpose in telling the story of Nebraska and the result is a comprehensive work of art by New York architect Bertram Grosvenor Goodhue (1869-1924).

Its plan was ingenious in that it was built around the then-current and crumbling Capitol, which was in service until the outer ring of the current building was completed. Then the old Capitol was then demolished and the center tower was built in its place, along with four courtyards, all virtually identical. Construction was completed in 1932, eight years after Goodhue’s death. 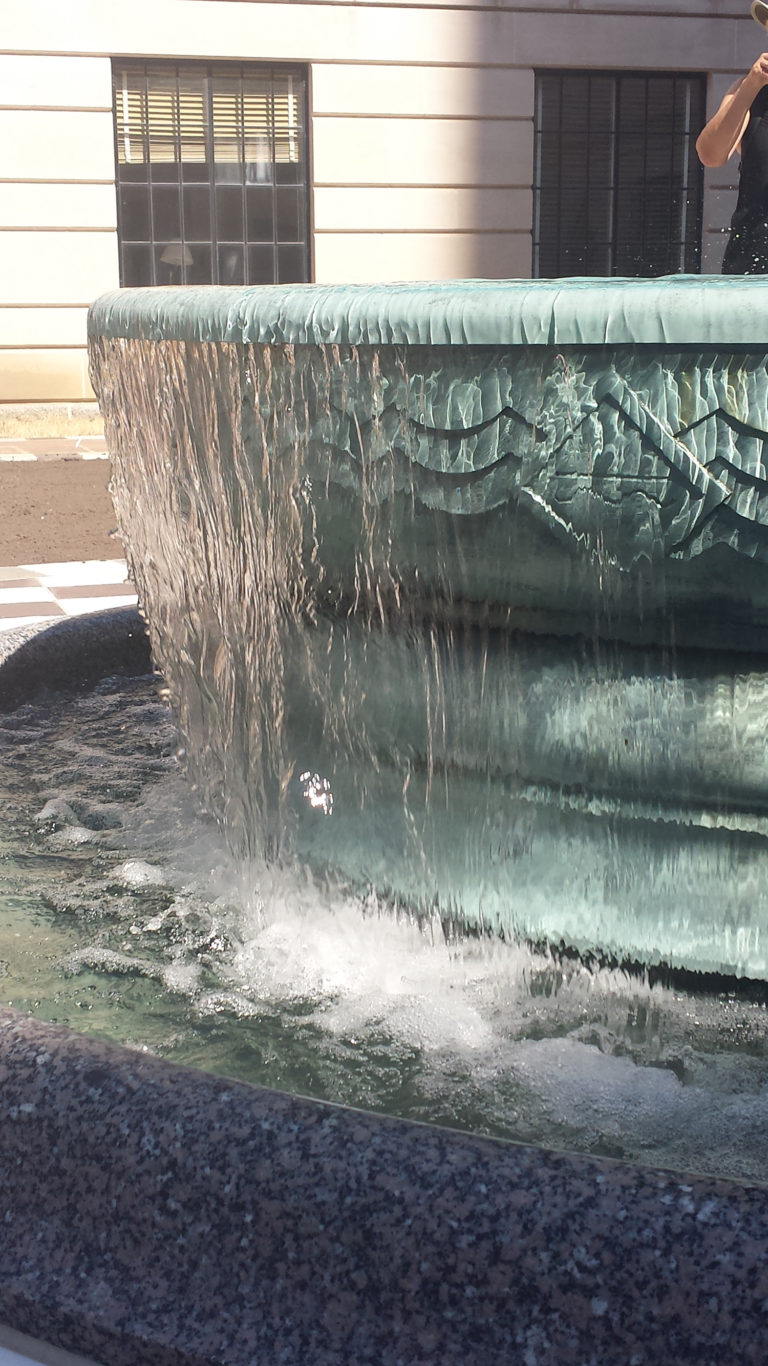 As it was in the midst of the Great Depression, some murals inside the building and the fountains planned for the center of all four courtyards were not completed at that time. The murals were added over the years, so the last piece of the original vision to be completed was the fountains.

The office of Goodhue Associates produced a sketch of the fountains in 1933. The original drawing kept to Goodhue’s directive that the design should follow Middle Eastern examples of a shallow bubbling fountain, as he contended the scarcity of water in the Midwest is similar to the Middle East; high shooting fountains that promote evaporation were a waste of this precious resource.

BVH has been involved with the restoration and preservation of the Capitol  In 2014, BVH Architecture was engaged to design the fountains, based on the original sketch. The consultant team included Alvine Engineering, Big Muddy Workshop Inc., Waterline Studios, and R.O. Youker. The general contractor was Kingery Construction. Most of the project is not visible to the naked eye, as it entails mechanical rooms in the basement and large conduits to the vaults under each fountain. Some liberties were taken, such as casting the bowls in bronze, instead of the original lead envisioned by the Goodhue team.

The paving stones in the courtyards were salvaged from the two original Capitol buildings that preceded it, an homage to the history of the site. They were pulled up, new concrete pads were poured underneath, and the stones were re-laid. 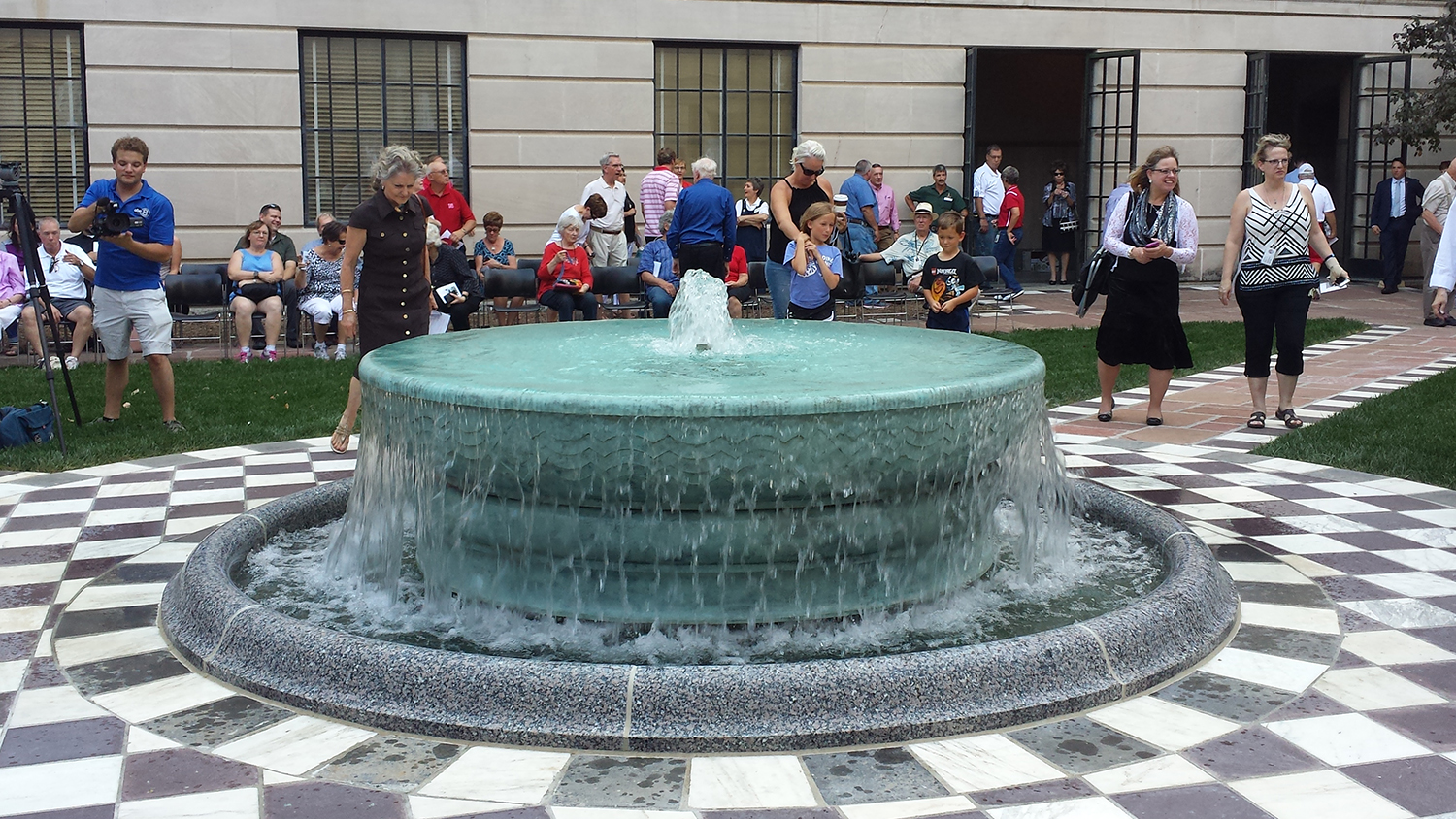 BVH Architecture specializes in new construction as well as adaptive reuse and restoration. It may be easy to consider this project as preservation, rehabilitation, restoration or reconstruction, according to the Secretary of the Interior’s Standards for the treatment of historic properties. These are all approaches that BVH has mastered in countless projects in the past, including hundreds of projects completed over the last two decades for the National Park Service. There are elements of preservation and restoration, as in the paving stones of the walkways. But the key features are the fountains. As they were never built, this is not a restoration. Some may argue the validity of basing the design on a 74-year old concept, but this is a special case. As noted, Goodhue died many years before the building was completed, and the driving force for the completion after his death was to realize his original cohesive vision. We didn’t add to the site, or introduce a new element, we are now a part of the design team for the Nebraska State Capitol, stretching from Goodhue’s original concept in the early 20s to BVH in the 21st century. After 95 years, the Nebraska State Capitol is now finished! 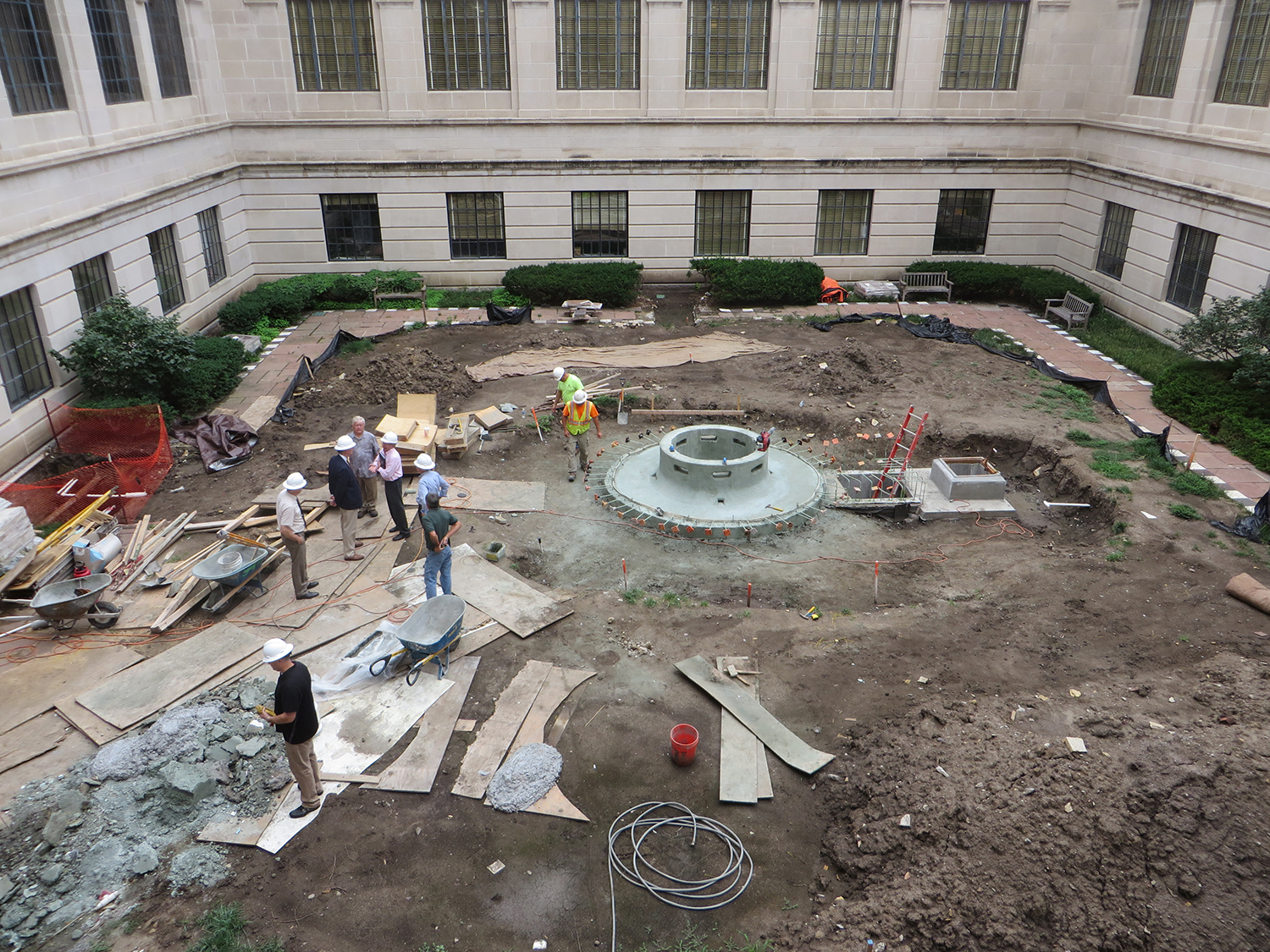 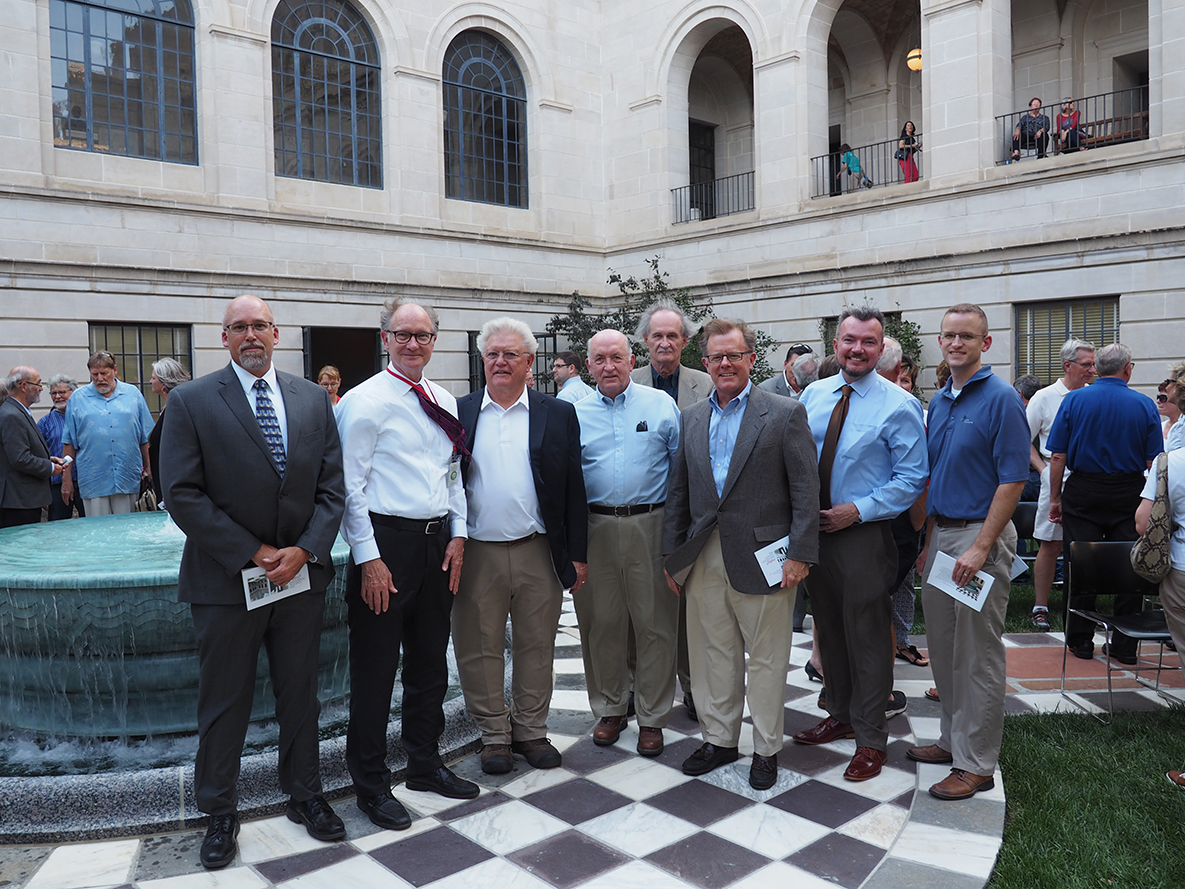 A recent example of this idea is the new dining space at Northeast Community College in Norfolk, NE. The project seeks to design a student…

This year, the Dr. Susan La Flesche Picotte Memorial Hospital is included on this list. BVH has been proud to work on the initiative to…

After twin EF-4 tornadoes leveled much of Pilger, NE on June 24, 2014, Wisner-Pilger Schools had to quickly figure out how to pick up the…