Stuhr Museum of the Prairie Pioneer 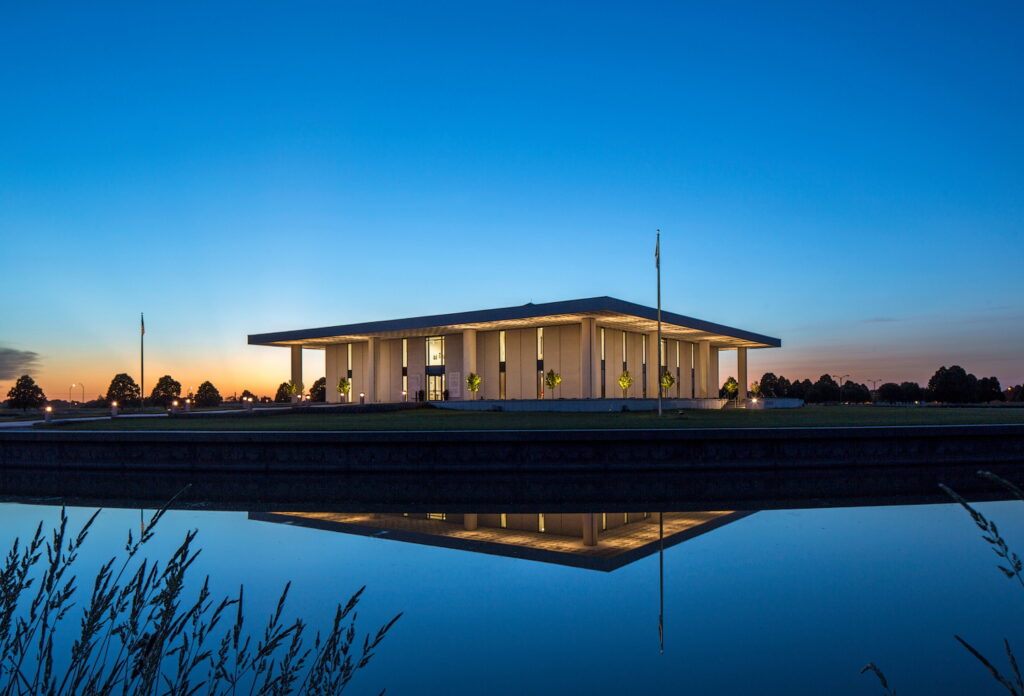 In the early 1960s, a group of Grand Island, NE residents, in an effort to commemorate their pioneering roots, contacted every major museum in the United States seeking architectural recommendations for a new museum. The overwhelming response was for Edward Durell Stone, chiefly due to his successful design for the Museum of Modern Art in New York City. Stone completed the design in 1963 and the building was dedicated in 1967. The Stuhr Museum of the Prairie Pioneer is a quintessential example of  the New Formalism style of architecture and remains Stone’s only existing building in Nebraska.

In 2007, BVH Architecture was engaged to develop a restoration master plan for updating the building’s interior and systems for modern use, correcting significant exterior deterioration and to provide accessibility while carefully maintaining Stone’s original design intent. 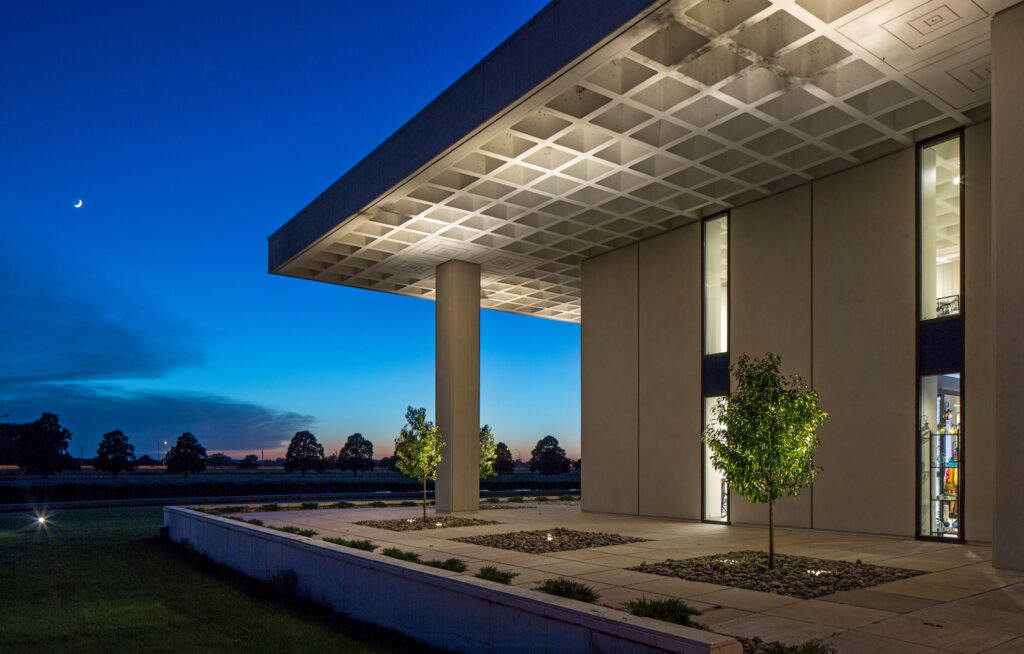 The BVH team utilized a collaborative planning and design process engaging the museum staff, foundation and governing board in a process to determine the museum’s future needs for collections and interpretation. BVH prepared a sensitive design solution that was crafted to retain the museum’s identity as a landmark and an iconic cultural center within the community.

The plan included restoring the exterior Granulux wall surfaces and waffle-slab roof structure along with added insulation and new glazing systems for energy and thermal improvements.

As with many museums, Stuhr’s programmatic needs had evolved since the 1960s. Along with higher standards for environmental quality, the museum had expanded their mission to include community-based events, educational activities and demand for events such as dinners, banquets and weddings. As such the interior renovations included a catering kitchen and the ability to expand the water garden into a space for events up to 300. The entire HVAC system was replaced and upgraded to maintain museum temperature and humidity protocols. Many other building code and fire/life safety improvements were made along with expanded accessible restrooms. These new systems were carefully designed to work with the historic building fabric while remaining non-obtrusive to the patron experience. 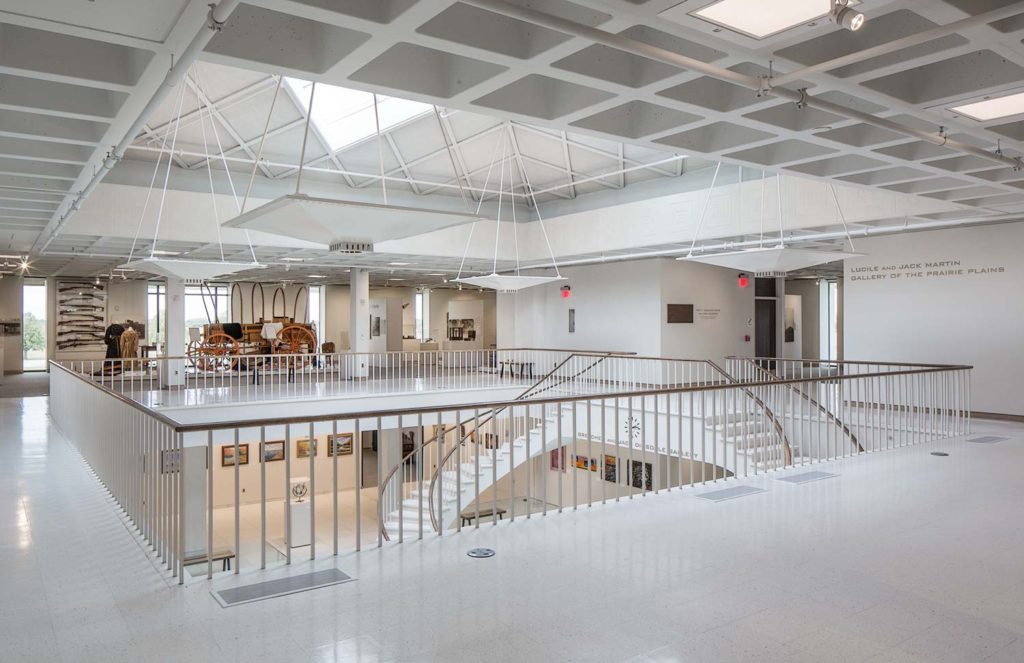 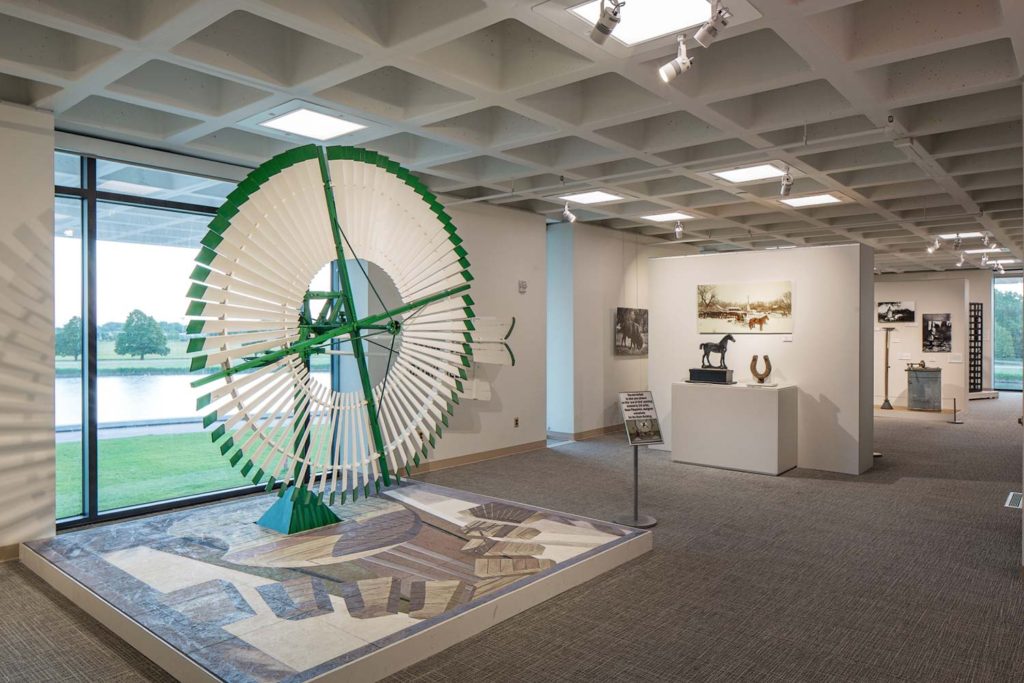 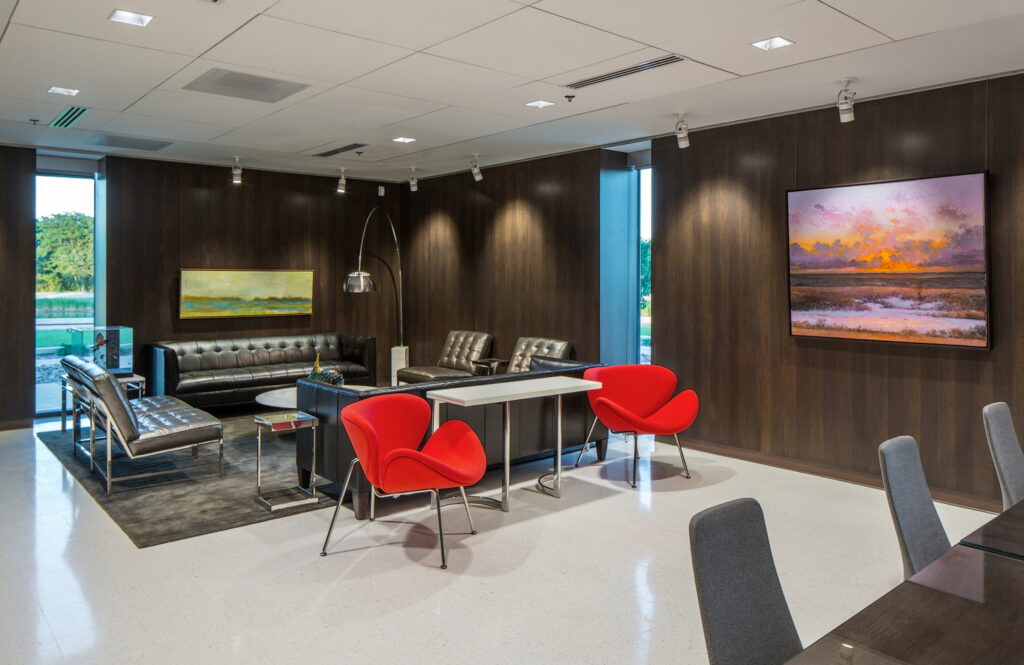