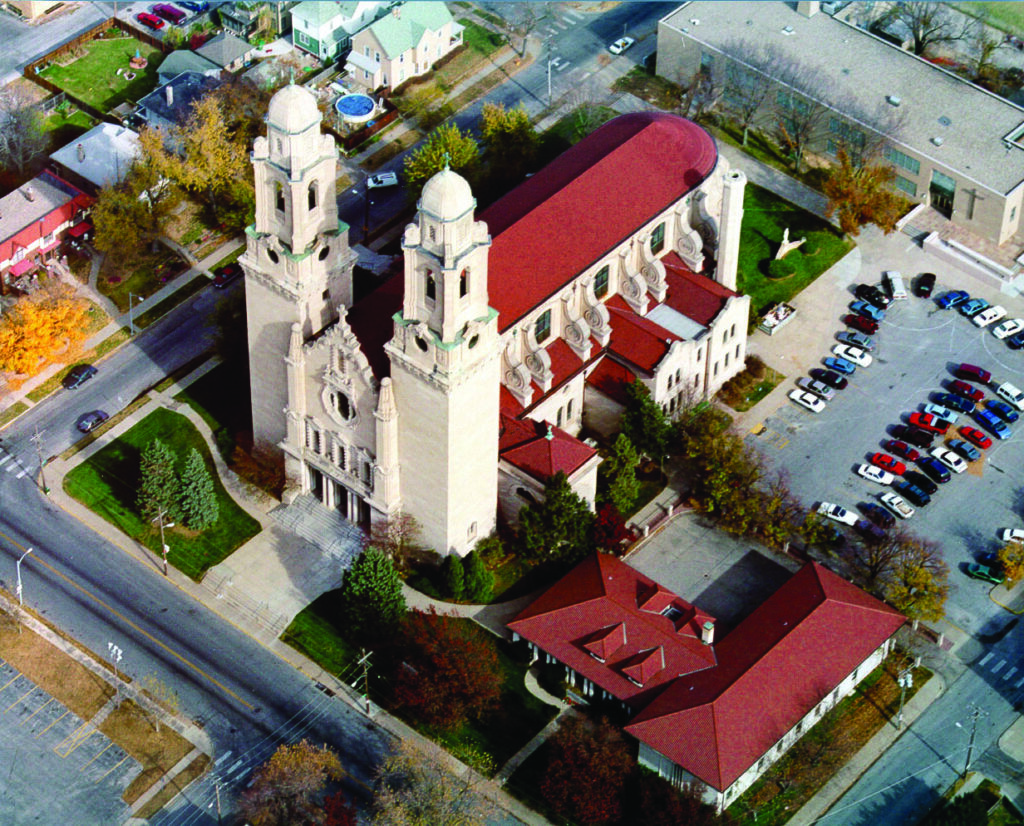 St. Cecilia’s Cathedral is the seat of the Archdiocese of Omaha, NE. Designed in the Spanish Renaissance style by nationally renowned architect Thomas Rogers Kimball of Omaha, it is ranked as one of the ten largest cathedrals in the United States. In 1997, the Archdiocese of Omaha found the 80 year-old roof was leaking and causing staining and deterioration at the interior. BVH Architecture was enlisted to assist and complete a study of the structure, finding the clay tile roof, underlayment, and furring all to be in need of complete replacing.

The vast ceiling of the nave would also require complete restoration, as much of the ceiling was water damaged and stained; the acoustic tiles installed in the 1940s were deteriorating and falling. BVH’s restoration plan recommended that the replacement of the roof presented an opportunity to restore the original plaster ceiling, with a new paint and décor scheme to better represent the intentions of the original design. 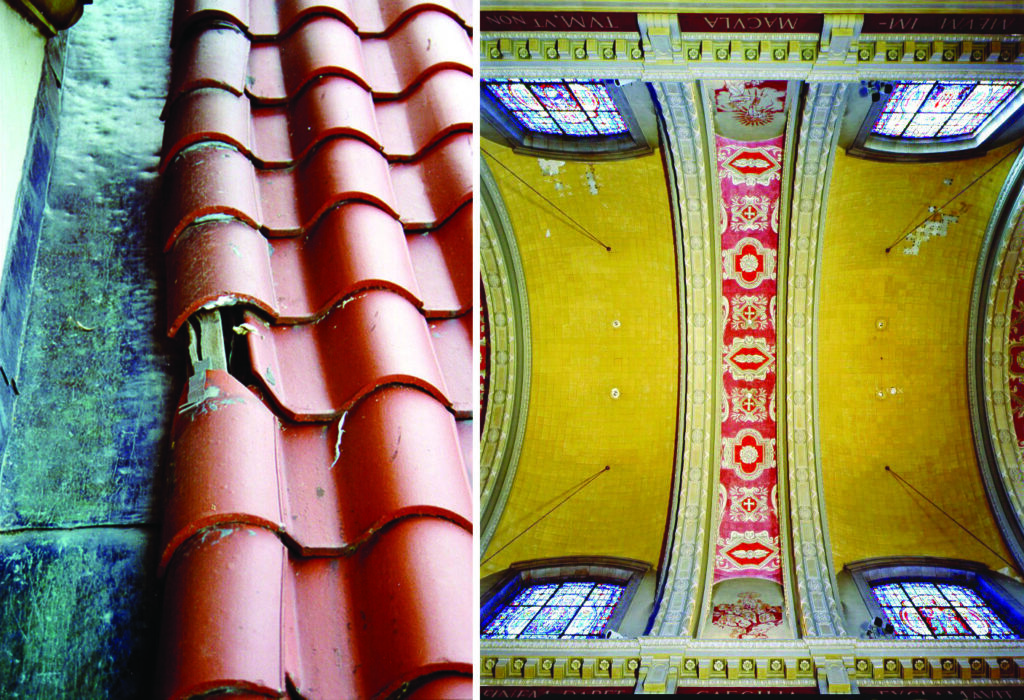 St. Cecilia’s roof was stripped, and new waterproof underlayment, furring and clay tiles were installed. Over 85% of the existing tiles were reused—with the remaining tile obtained from either the original manufacturer or from locally stored tile of the same era and manufacturer. Newly designed copper gutters were installed, with new downspouts added that matched existing ornamental work. Inside, acoustic tiles were removed, and all plaster repaired and repainted. A new color scheme was devised based on historical research. Decorative painting, plaster details, and faux-mosaic ‘shields’ were all added, which represent major historic milestones in the development of the Archdiocese of Omaha. The original woodwork and bronze rails were all restored. 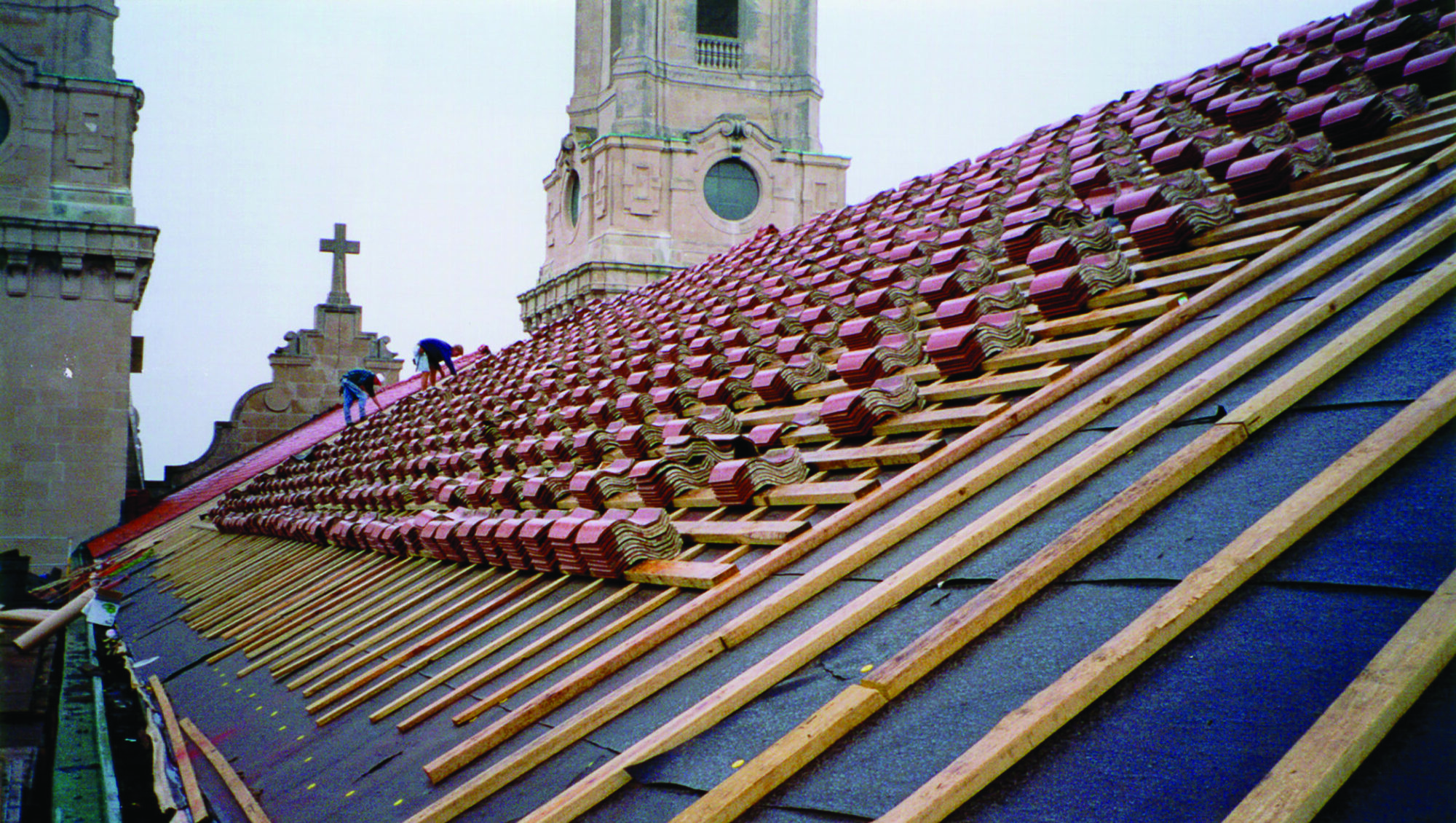 The scope of work at the interior also included a new sound system featuring under-pew speakers, additional lighting to highlight the ceiling and chancel, repair and cleaning of the stone walls, and painting restoration for interior walls, chapels, and auxiliary spaces. The roof and ceiling/interior restoration was completed in November 1999, providing for celebration of the Christian Jubilee year of 2000, as planned.

BVH has continued to be involved with St. Cecilia Cathedral, performing the following work since 1997: