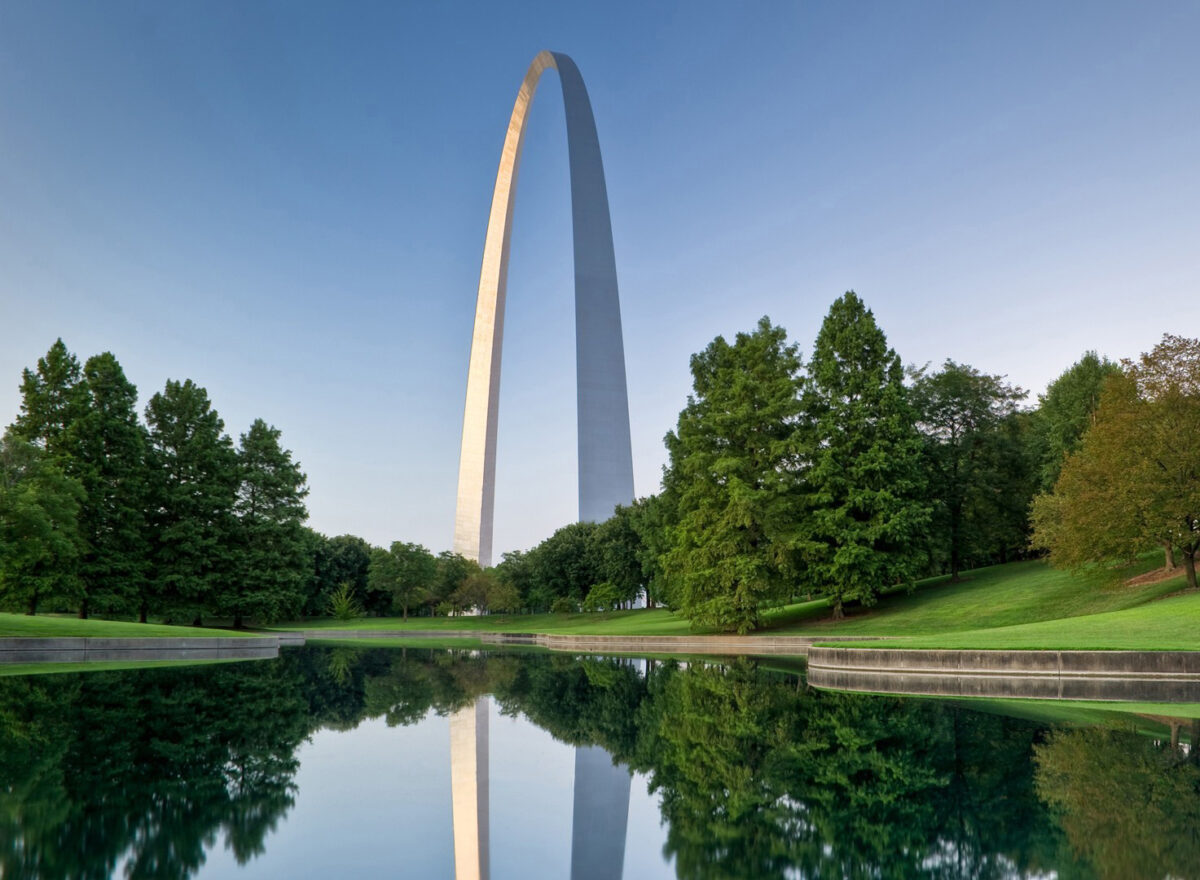 Thanks to efforts by a team of conservationists led by Dan M. Worth, AIA, FAPT and Stephen J. Kelley, FAIA, FAPT, , the Association for Preservation Technology was the recipient of funds from the 2018 Keeping it Modern Grant from the Getty Foundation for use on the Gateway Arch. The National Park Service and Bi-State Development will match these funds to aid in the continued preservation of this well-known national monument.

The Association for Preservation Technology, in association with BVH Architecture and the National Park Service, assembled findings that detailed the need for investigation, testing, and development of a preservation protocol that can be used by the National Park Service to clean and potentially refinish the Gateway Arch. This work is the direct result of studies that began in 2004. “We are very excited about the work that this grant and the additional matching will allow us to do on this project,” Michael Ward, Superintendent of the Jefferson National Expansion Memorial. “We hope that the work we do on the Park will help future preservationists and maintain this beloved landmark for years to come.”

The Gateway Arch is significant both for its architectural and engineering design and also for the role it played in the career of world-renowned architect, Eero Saarinen. The park resides within the Jefferson National Expansion Memorial, the first major national park development after World War II. Per the Getty Foundation, the Keeping it Modern grant is “an international grant initiative that continues our deep commitment to architectural conservation with a focus on important buildings of the twentieth century.”  The Gateway Arch grant is one of 11 awarded in 2018 by the Getty Foundation for projects throughout the world. More information about the program and the Gateway Arch can be found on the Getty Foundation website.

Its plan was ingenious in that it was built around the then-current and crumbling Capitol, which was in service until the outer ring of the…

Mid Century Modern in the Midwest

This article originally appeared on Docomomo-US.org.  Search for modernist architect Edward Durell Stone and you will discover his seminal works, such as The Museum of…

The Opportunity of the Big Box Store

It’s always unfortunate to see any business close, but in the case of big box store closings, we can find new opportunity for redevelopment when…